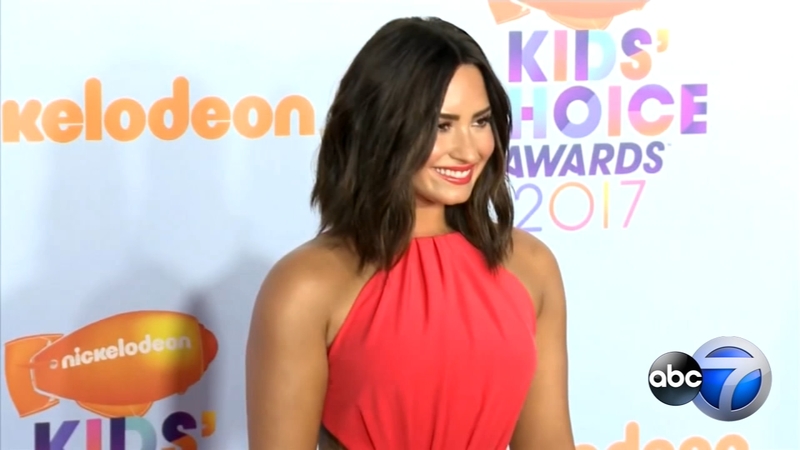 LOS ANGELES -- Singer Demi Lovato has been hospitalized after suffering an apparent drug overdose, a source close to her family tells CNN.

The Los Angeles Fire Department confirmed to CNN it received a call at 11:22 am for a medical emergency, and transported a 25-year-old woman to a local hospital.

A representative for Lovato did not immediately return a request for comment.

Lovato's hospitalization on Tuesday comes just weeks after the singer, who has struggled with substance abuse, revealed she had recently suffered a relapse.

The pop star made the revelation about the setback in a single, "Sober," released late last month.

Lovato, 25, said in March that she was celebrating six years of sobriety.

The singer has spoken candidly in interviews about her use of cocaine and addiction to alcohol, as well as mental health issues and an eating disorder.

"Sober" did not reveal the nature of Lovato's relapse. In it she sang, "I'm sorry for the fans I lost who watched me fall again. I want to be a role model but I'm only human."

Lovato was supposed to appear on the Tuesday night episode of Fox game show "Beat Shazam," which is hosted by Jamie Foxx, but a network spokesperson tells CNN they have decided to air a different new episode in its place "in light of recent reports."

Lovato taped her guest appearance on the show in December 2017.

"Our thoughts go out to Demi and her family," Fox said in a statement provided to CNN.

Lovato was next scheduled to perform on Thursday in Atlantic City, New Jersey, but her appearance has reportedly been canceled. Live Nation did not immediately respond to CNN's request for comment.

The actress and singer got her start in entertainment at the age of 10 as a regular on the children's series "Barney & Friends."

That led to guest roles on TV shows like "Prison Break" and "Just Jordan" before she landed a gig on Disney Channel's "As the Bell Rings."

Lovato's role as aspiring singer Mitchie Torres in the Disney TV movie "Camp Rock" introduced the world to her musical ability. Her debut album, the pop-rock "Don't Forget," released in 2008.

Lovato's landed a role on the Disney series "Sonny with a Chance" in 2009, and she became one of the network's brightest young stars.

After three seasons on "Sonny with a Chance," Lovato announced she was leaving the show and released a new album, "Unbroken."

She went on to a recurring role on the Fox series "Glee" and served as a judge on the American version of the reality singing competition "The X-Factor" for two seasons.

Lovato's self-titled album, "Demi," released in 2013. Her albums "Confident," which earned her a Grammy nomination, and "Tell Me You Love Me" followed.

Singles like "Skyscraper," "This Is Me" (a duet with ex-boyfriend Joe Jonas) and "Sorry Not Sorry" firmly established Lovato as a pop music star.

Lovato's most recent North American tour leg, which ran from February to April, grossed more than $20 million, according to tracking by Pollstar.

She last performed July 22 at the California Mid-State Fair in Paso Robles, California.