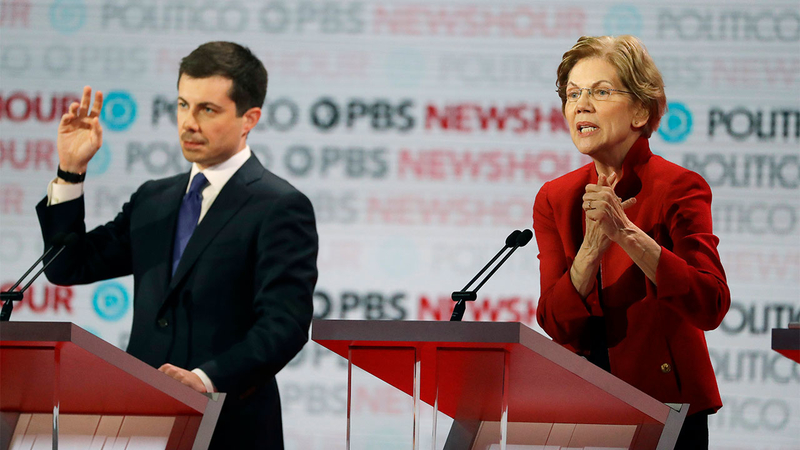 A dispute over big-dollar donors and fundraising between Massachusetts Sen. Elizabeth Warren and South Bend, Indiana, Mayor Pete Buttigieg has spilled onto the presidential debate stage.

Warren on Thursday night described a lavish Buttigieg fundraiser in a "wine cave" with $900 bottles of wine and crystal chandeliers, noting that, unlike the South Bend, Indiana mayor, "I do not sell access to my time."

The Associated Press reported last week of Buttigieg's fundraiser at the Hall Rutherford wine caves in California's Napa Valley, with a chandelier with 1,500 Swarovski crystals and bottles of cabernet sauvignon selling for as much as $900.

Warren for weeks pushed Buttigieg to open his fundraisers and be more transparent about donors. His campaign has said Buttigieg doesn't solely rely on big-dollar donations and has received an outpouring of small amounts averaging $32 during the last three-month reporting period.

On Thursday, Buttigieg countered Warren, saying it wouldn't "pollute my campaign" if Warren herself made a maximum donation to his campaign.