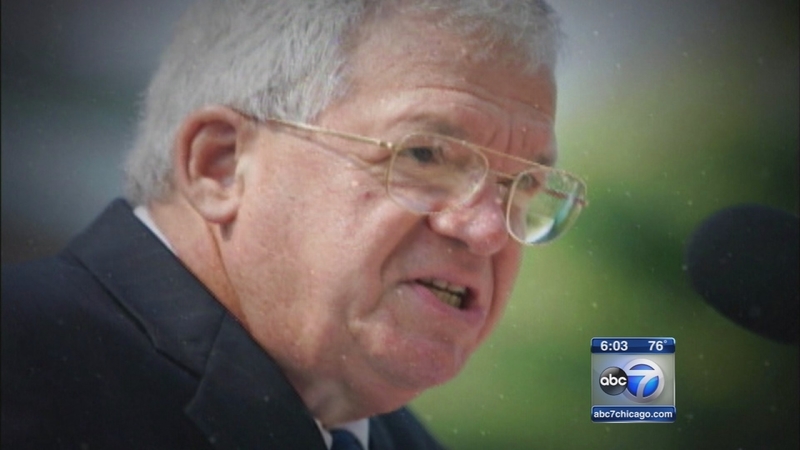 In a Monday morning hearing in federal court in Chicago, it was revealed that Hastert's attorneys are negotiating a plea agreement with prosecutors.

If one is reached, the public may never know what happened all those years ago and who was expecting to get paid for keeping quiet.

Hastert did not appear in court.

"In open court this morning, there was acknowledgement by both parties that there have been plea discussions,' said Zachary Fardon, U.S. Attorney for the Northern District of Illinois. "Beyond that, I'm not going to comment on a pending case."

A May indictment alleges that Hastert agreed to pay $3.5 million to someone identified only as "Individual A" to hide past misconduct. The Associated Press and other media, citing anonymous sources, have reported the payments were intended to conceal claims of sexual misconduct decades ago.

Hastert has appeared in court previously but has not commented as allegations about sexual misconduct during his time as a wrestling coach in Yorkville have surfaced. Between 1965 and 1981, Hastert was a history teacher and boys' athletic coach at Yorkville High School in the northwest suburbs.

"We are seeing if we can resolve this case generally," Hastert's attorney, John Gallo, told U.S. District Judge Thomas M. Durkin after the judge raised concerns about repeated requests for delays in the case.

Gallo characterized the talks as "linear and productive." Prosecutor Steven Block also confirmed the discussions, saying: "This is not a situation where both sides are sitting on their hands."

A status hearing is scheduled for Oct. 15, but a plea agreement could be reached before that.

Hastert has pleaded not guilty to violating banking laws and lying to the FBI. He's free on bond.