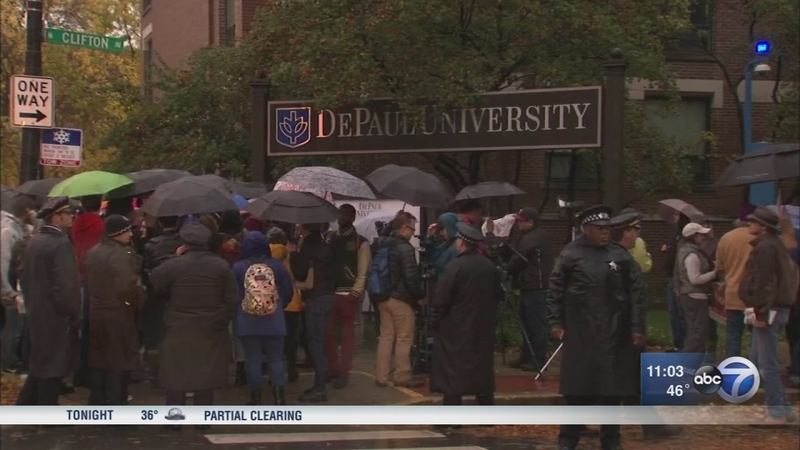 The non-union officers were joined Tuesday by students, faculty and other workers who want the university to use a responsible union contractor. The 15 guards who patrol the Lincoln Park campus are employed by Guardian Security.

"They are fighting for decent living wages, they are fighting for paid time off, affordable healthcare, basic retirement, all the things anybody doing this hard work keeping these students safe deserves," said Kevin Pietrick, of Service Employees International Union (SEIU) Local 1.

The officers said they are not making enough money and are being punished for wanting to be in a union. They are asking the university to hire a company that would treat workers more fairly.

The guards even have the support of students.

Supporters of the guards said most of the other local colleges use union security employees, and even janitors at DePaul are part of a union.