Dermatologist's death after partying found to be from cocaine, alcohol

The medical examiner ruled the manner of death as accidental.

The 38-year-old dermatologist and mother of three was found dead after a night of partying in Chelsea more than two weeks ago.

Cerveny had a seemingly picture-perfect life. She lived with her husband and children in a house in Manhasset and she had a dermatology practice in Williston Park.

But that all changed after police said she had a night out on the town in Manhattan before she was found unresponsive hours later.

A delivery worker had told Eyewitness News he saw a man flagging down the ambulance to take away Cerveny, who he says was half naked.

"They took and she was naked from here to up and was without shoes," he said.

Cerveny was taken to Lenox Hill Hospital Annex, where she was pronounced dead a short time later.

Later in the morning, Cerveny becomes incapacitated and was carried back down the stairs by the two men. The men place her in the lobby of the building.

Police arrived and were directed to the correct address, 223 West 16th Street. The 911 caller was not there, surveillance cameras caught both him and the taxi driver walking away from the building before officers arrived, at which time the victim was alive but unresponsive, police said. 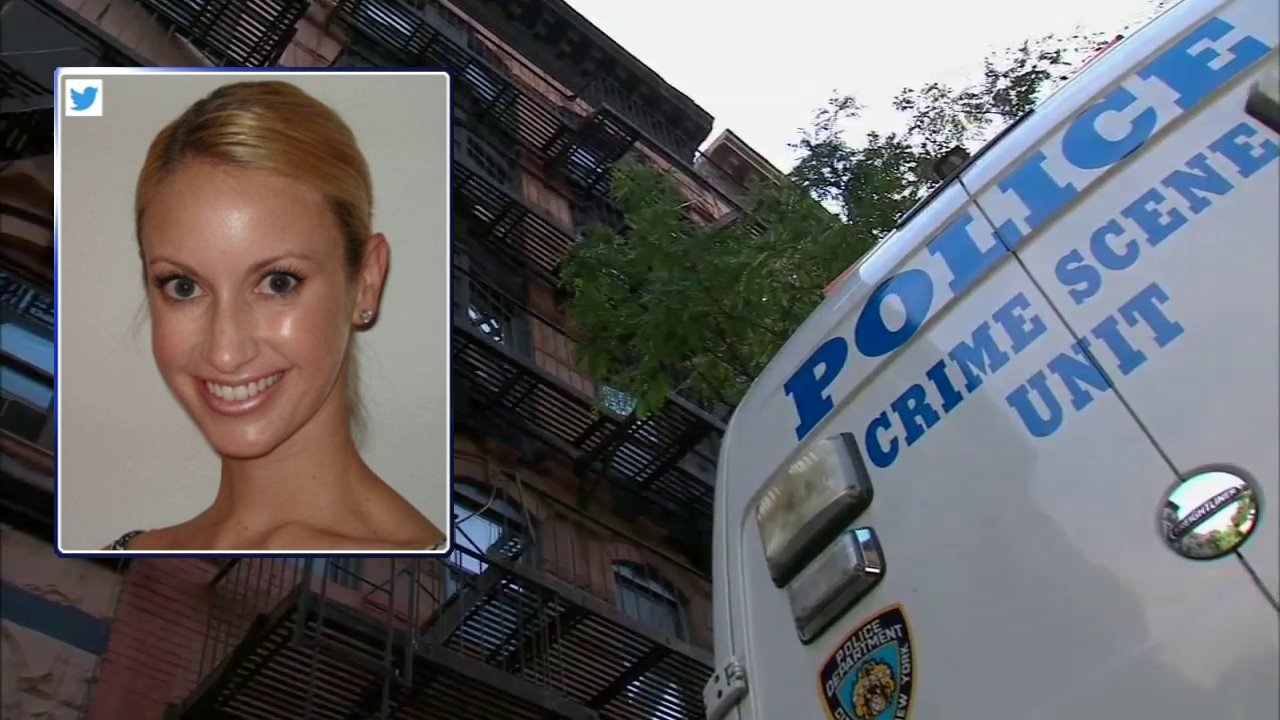