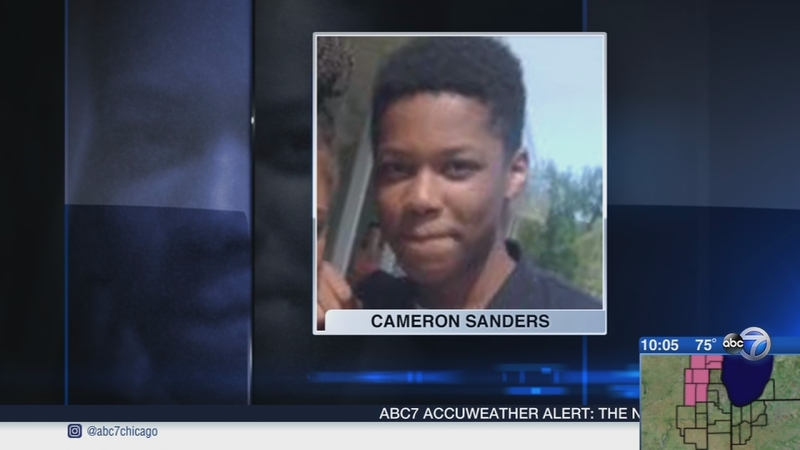 UNINCORPORATED COOK COUNTY, Ill. (WLS) -- The Cook County Sheriff's Department has taken over the search of the Des Plaines river for a missing 16-year-old boy who jumped in near Melrose Park and never resurfaced.

Sunday morning, officials called the effort to find the boy a recovery mission. Shortly after 4 p.m., crews cleared from the staging area after searching the river several miles south of where Sanders had jumped from a railroad bridge.

Relatives and supporters held a vigil Monday night, praying for him to be found.

The weekend search was conducted by the Melrose Park Fire Department, railway police, state police and the Cook County Forest Preserve District, using boats, canines and a helicopter. But the decision to suspend the recovery effort with a couple hours of daylight left did not sit well with Sanders' relatives, who feel not enough has been done to find their loved on.

Monday afternoon the Cook County Sheriff's Department took over the search and is planning to use more equipment, including boats with sonar and helicopters with heat-sensing equipment.

"Where I think there could have been thought that this could have been quicker, the dive teams who have done this forever and are phenomenal people, they were getting taken away by currents and there was some concern there would be some serious injuries if that continued, so some of the traditional thigns with the diving are no longer real options," said Cook County Sheriff Tom Dart.

"It's devastating. Frustrating. We actually just want closure. I just want to see my brother one more time, even if we do have that bad outcome," said Jerika Sanders, Cameron's sister.

"There were like trying to see where he was because he was already under the water by the time they got to shore, so they didn't see him," said witness John Singel.

An official said the teenagers involved shot cellphone video of the kids going into the water. The official called the video absolutely devastating. It is being studied by authorities to see what led up to the incident and if there were any immediate efforts to save the teen.