Woman who survived kidnapping, rape, being set on fire faces attacker at sentencing 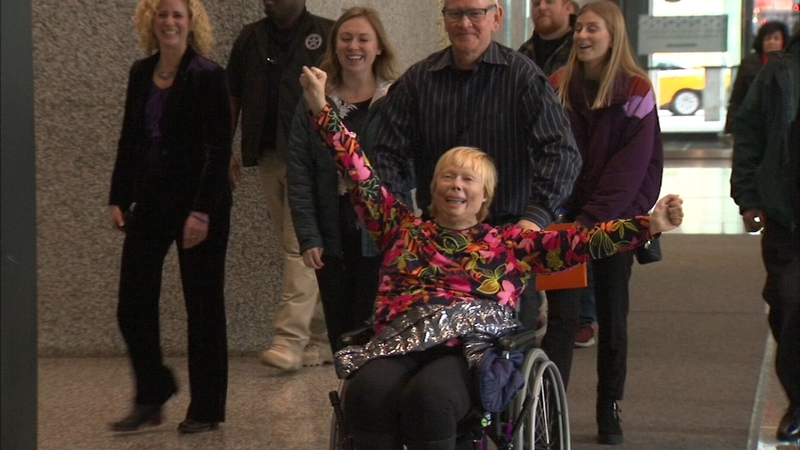 Woman who survived kidnapping, rape, being set on fire faces attacker at sentencing

CHICAGO (WLS) -- A woman who survived being kidnapped, beaten, sexually assaulted and set on fire three-and-a-half years ago came face-to-face with her attacker at his sentencing Friday.

Diane Pranske can't walk and had to learn how to talk again, but Friday she learned Carleous Clay will spend the rest of his life in prison.

Prankse emerged from the federal courtroom with her hands in the air, smiling and cheering. As she sees it, it's a day to celebrate.

"I'm very good. It's finally over. I can move on with my life," she said. "I've let go of my hatred and all of my anger and I can move forward from here."

Her attitude is remarkable considering what she survived. Now bound to a wheelchair, she has third degree burns over a third of her body.

In September 2015, prosecutors said Clay broke into Pranske's Lansing home and attacked her as she returned with groceries. Clay threw the 53-year-old mother in the trunk of her car, drove her to Indiana, and used her bank card to steal from her account before choking her, raping her and then lighting her on fire.

In the courtroom Pranske's family watched a surveillance video of her trying to extinguish herself for five minutes and 17 seconds.

Friday was the first day Pranske and her family have seen Clay since the attack.

"I was fine with it. I just wanted to see the face of the person who could do something like this," said John Kawalec, Pranske's life partner and caretaker.

During an apology Judge Virginia Kendall did not accept, a heavily-guarded Clay said he "hoped we can all move forward with this." He was sentenced to spend the rest of his life in prison.

"It means that the world is safe from that evil monster," Pranske said.

A federal prison worker that prosecutors say Clay attacked and held at knife point also told the judge she felt like she couldn't wake from her own nightmare.