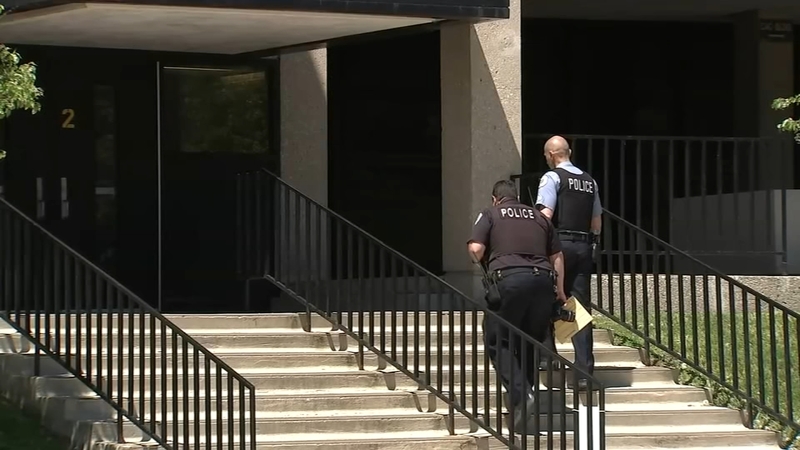 Mother charged after student, 7 injured when gun goes off at school

CHICAGO (WLS) -- A 7-year-old student suffered a graze wound after a gun went off at Disney Magnet School on Chicago's North Side Tuesday morning, officials said.

Chicago police say the incident happened just before 10 a.m. Their investigation revealed "the weapon accidentally discharged in the backpack while inside a classroom, with a bullet striking the ground and ricocheting, resulting in a classmate being grazed in the abdomen. That student was taken to Lurie Children's Hospital in good condition."

The mother of the student who had the gun in their backpack is now charged with three misdemeanor counts of "causing a child to be endangered."

Parents and caregivers of Disney Magnet School students began rushing to the campus off DuSable Lake Shore Drive at Montrose after word got out.

"It is shocking for one, for a little kid to have a gun, something that should be hard for an adult to have, in a school," said Edwina Watkins, whose 12-year-old grandson is a student there.

A 7-year-old student suffered a graze wound after a gun went off at Disney Magnet School on Chicago's North Side Tuesday morning, officials said.

In an email to parents, the school principal only said no serious injuries had occurred.

"My son is seven as well," said Leslie, who didn't want to share her last name. "It is very worrisome. How did the kid get a gun in his backpack?"

School stayed in session. For parents intent on getting their kids out, they felt unmistakable anxiety.

"It is like a village: parents, school, teachers," said Vania McFadden, who has a 7-year-old at the school. "It takes all of us to help these young kids nowadays because it is different growing up in Chicago."

Jennifer Uribe's daughter texted her when she found out what was going on.

"'Someone brought a gun,' she texted me, and I came flying," Uribe said. "I wasn't going to text her because if she had to hide, I didn't want her doing that. So I said, 'Stop texting me' and so I came here."

Young father Victor Garcia, whose son is in pre-K, said it is a day he won't soon forget-- and it makes him question his home in Chicago.

"We are freaking out, yeah, we're freaking out right now," Garcia said. "I don't know, the thing about guns, yesterday, the weekend... Gun shootings going all over the country. This is crazy."

As school let out, there were hugs that were held longer and promises that everything will be ok tomorrow. But judging by many of the expressions on many parents faces, reiterating that message will be a challenge in the coming days.

Principal Paul Riskus sent a letter to parents saying, "The safety of your children is my top priority, which is why I am writing to inform you of an incident that occurred today. This morning during school hours, a gun was accidentally discharged on school grounds. The gun discharged in a backpack and hit the floor, causing some damage and releasing debris. Our staff immediately intervened, secured the gun, and contacted the Chicago Police Department (CPD) and the CPS Office of Safety and Security. Thankfully, no one was seriously injured and everyone is safe. CPD responded to our school quickly and confiscated the gun. We are working closely with the CPS Office of Safety and Security to make a safety plan moving forward.

"Please know that we are taking this situation extremely seriously, and CPD is investigating this incident. Many students are aware of this incident. If your child voices any fears or worries, or you notice a change in their behavior, please let us know and we can provide them with extra support. If you or your child ever see any concerning behavior, please contact a trusted adult at the school immediately so we can report the information to CPD.

"Thank you for your support. Please contact us with any questions or concerns."