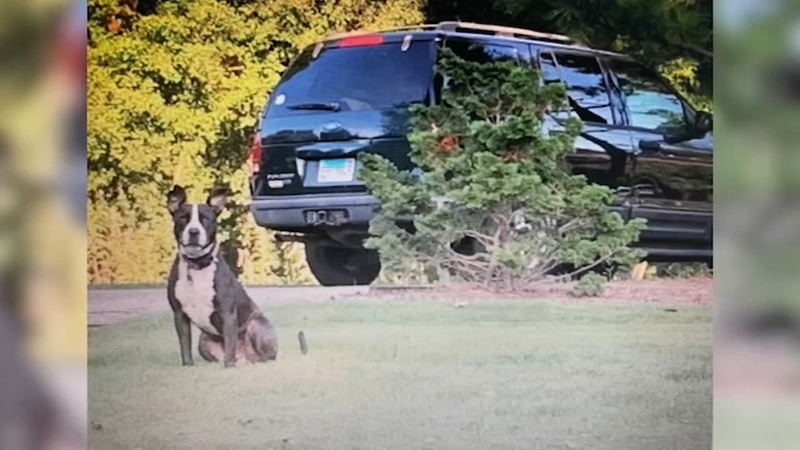 HAWTHORN WOODS, Ill. (WLS) -- Several residents in a northern suburb are fearful of their neighbors' dogs after a series of attacks, including one that put a man in the hospital.

On Friday, 55-year-old Jose Gutierrez nearly lost his life when answering a call for a tree trimming estimate from the owners of three dogs in Hawthorn Woods.

Gutierrez was attacked by the dogs as soon as he got out of his truck.

"I go to the garage door, knock the door and they come out right away just come with me, attack me," he said.

His arm was nearly torn off and he suffered deep wounds to his face and legs.

The man was saved by neighbors who were setting up for a block party in the area.

"He's defending himself with a clipboard, and they brought him down three times. He had blood coming out of his arms, so I yelled at the owner to grab them, which he did," said Greg Wangler, a witness who helped save Gutierrez.

Once one of the dogs let go, the others released Gutierrez as well, Wangler said.

"Then my buddy Larry put a tourniquet on Jose's arm to keep him from bleeding, otherwise he probably would've bled out," Wangler said.

Police quickly responded to the scene, rendering aid and attempting to enforce the law with the dogs' owners.

"We can control how many animals people can have on a property, but they are at the limit and they are on their property, and how they train them or how they act is kind of beyond our control," said Hawthorn Woods Police Chief Jennifer Paulus.

It's not the first time the dog owners have run into trouble over their pets.

In 2012, the village attempted to seize and euthanize the family's beagle that had bitten people more than once.

The family fought the case all the way to the state appellate court. In 2015, judges determined that county authorities had the right to euthanize the dog.

The dogs that attacked Gutierrez were a pair of pit bulls and a beagle-pit bull mix. The animals are now supposed to remain indoors by order of Lake County Animal Care and Control.

Hawthorn Woods police have documented the dogs outside several times since Friday's attack, sharing photos and videos with ABC7. But officers cannot seize the animals without a warrant.

Barbara Wichmann, who leads the local homeowners association, said the neighbors' "long-term goal is to get rid of these dogs and to not let these people own dogs in the future."