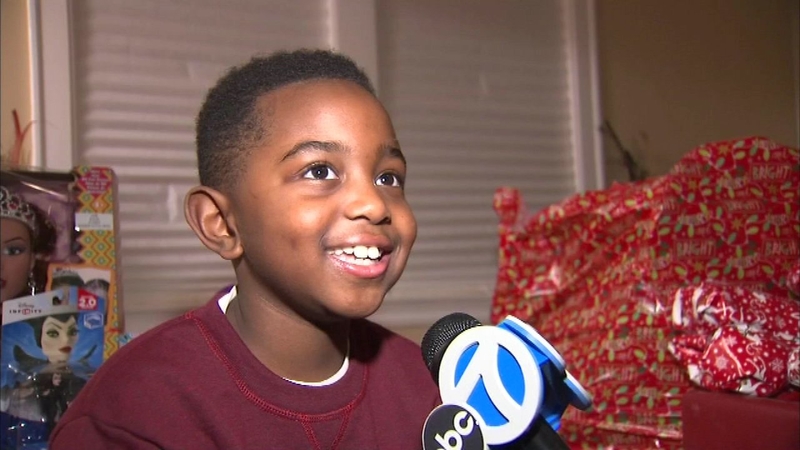 Boy, 7, collects hundreds of toys for children in hospitals and shelters

CHICAGO (WLS) -- Over the summer, Donald Woods III asked his mother, "Who delivers Christmas toys to hospitals and shelters?" He is now the answer to that question.

He called the project "Donald's Toy Shelter," and reached out to family, friends, church members and even strangers. He collected hundreds of toys and on Thursday night he made Christmas wishes come true.

Donald started collecting toys on December 1, and even made a short video about his effort.

"I know how toys make me feel. I want others to feel the same," he said in that video.

His project is a huge success, collecting about 600 toys. Thursday night he and his parents delivered some of them to a shelter on South Laflin Street.

The idea came to him in June with that simple but straightforward question to his parents.

"My heart, like, melted to know that my 6-year-old-at-the-time was thinking about others," his mother said.