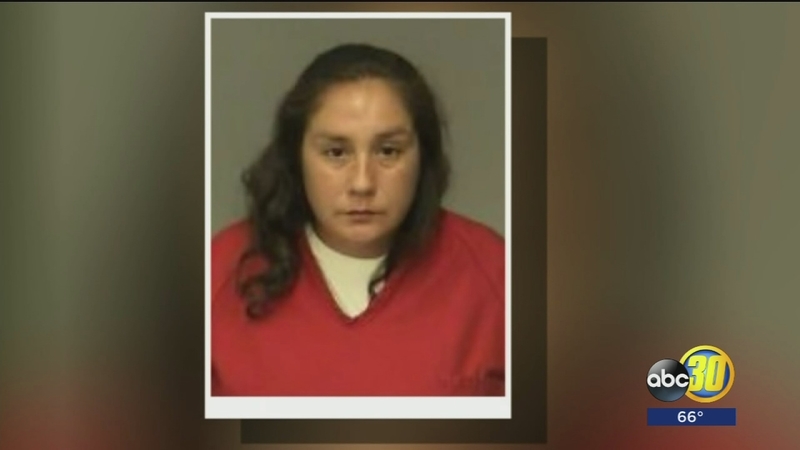 FRESNO, Calif. -- Last Wednesday morning, Melissa Bal, 37, called law enforcement officers herself, to tell them she had just killed her mother and that she did not know why, but has a history of depression and mental breakdowns.

A witness who was on the property says he saw Bal come out of the fifth wheel trailer that morning with blood all over her. When he asked if she needed help, she responded quote, 'No, I just killed my mother. I have mental issues.'

When sheriff's deputies arrived on the scene--they arrested Bal and found her mother lying in a pool of blood inside of the trailer. The autopsy report showed she was stabbed 20 times.

A woman on the adjacent property who didn't want to show her face on camera says she never knew the family and they were fairly new to the area but saw the police presence.

Melissa Bal told officers she viciously stabbed her mother over and over again.

"I felt scared, my cousin called me at 7:30 a.m. to ask me if I knew what was going on next door and I just happened to look out my bedroom window and I saw the police there," said Katherine Plant.

When Bal was brought to the sheriffs' station and interviewed by detectives, she told them she sacrificed her mother and when detectives asked what she meant by that, she said it was a satanic practice and it was a calling to kill her. That is when she grabbed a kitchen knife and says she walked into her mother's bedroom.

Bal's father also lived in the trailer with his wife and daughter but was at work that morning. He says he had not seen his daughter in about 10 years and she just moved back in with them about three weeks earlier after she lost her job in San Diego--he says she was acting strangely in the days leading up to the murder.
Report a correction or typo
Related topics:
californiatrialmurderu.s. & worldstabbing
Copyright © 2022 KFSN-TV. All Rights Reserved.
TOP STORIES
ISP trooper among 2 found dead inside parked car: sources
Illinois reports 9,462 new COVID cases, 81 deaths
Dad charged and fired from job after racist tirade posted on TikTok
Family of hospitalized 7-year-old girl encourages COVID-19 vaccination
'Promised Land' stars talk ABC show debut
Girl, 8, killed in shooting 'hoped for a better life,' family says
Cruise ship takes passengers to Bahamas to avoid Florida warrant
Show More
Metra train crash in Palatine sparks extensive delays
Here's where you can get a free N95 mask from the government
5 tax changes that can boost your refund this year
Woman killed in 'targeted ambush' at her birthday party in CA
6 found dead inside Milwaukee home, authorities say
More TOP STORIES News