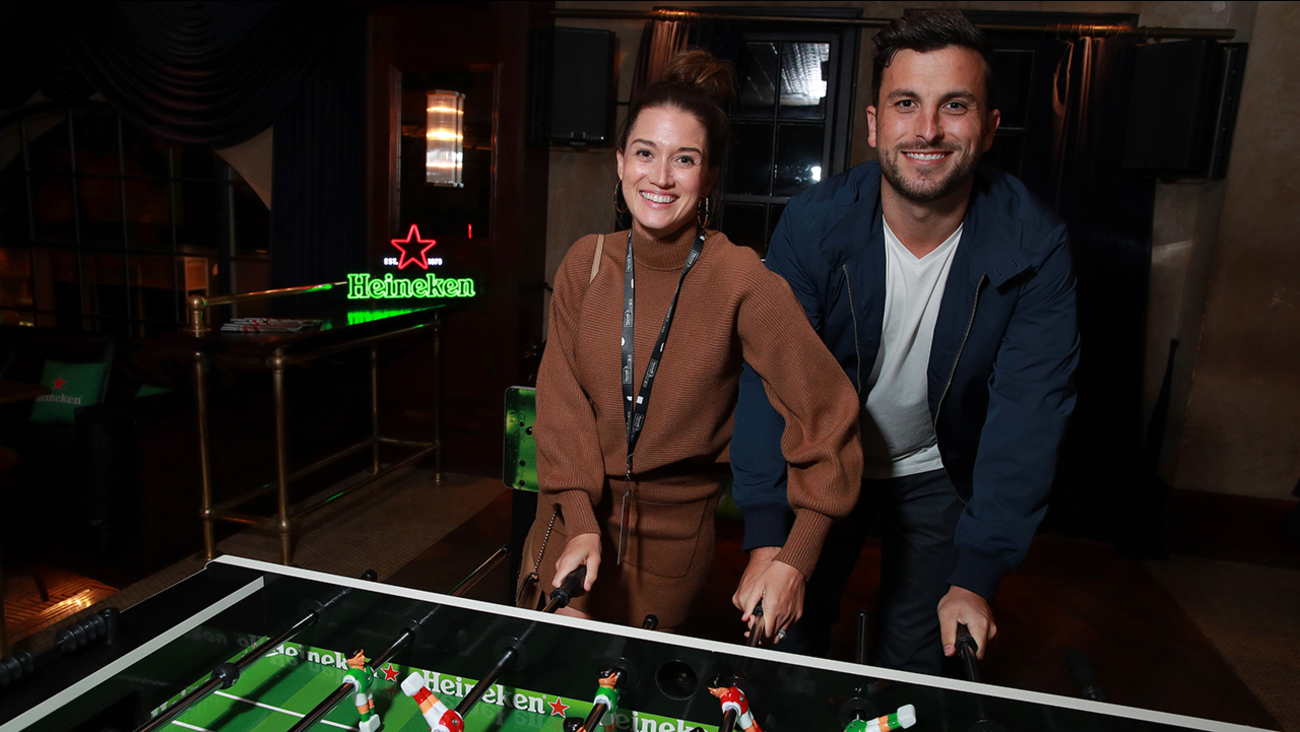 DraftKings is investigating a couple from "Bachelor in Paradise" for allegedly cheating to win a $1 million fantasy sports prize.

Jade Roper Tolbert met and married her husband, Tanner Tolbert, on the show in 2016. This past weekend, they both participated in the NFL Playoff contest on DraftKings. But when word got out that Jade Tolbert won the $1 million prize, other players raised objections, reported CNN.

They were quick to point out that she and her husband submitted 150 picks each with no overlap in the lineups, doubling their chance of winning over other players who were limited to 150 picks apiece.

"We take the integrity and fairness of our contests very seriously and are looking into this matter," DraftKings said in a statement Monday.

A representative for the Tolberts issued a statement from the couple defending Jade Tolbert's win in the contest.

"We respect that DraftKings feels they must do their due diligence in regard to Jade winning their $1 million prize for the fantasy contest for the NFL's wild-card round this weekend," said the statement. "Though we must ponder, would the questions, accusations and curiosity about this win be the same if the winner had been male and someone who wasn't already in the public eye? It is incredibly important for us to establish that Jade's win is nothing more than pure luck and we are confident that DraftKings will determine the same."

In fantasy sports, contestants compete by selecting a lineup of players and then compile their real world statistics. The contestant whose lineup of players has the most points wins. Each contestant is allowed to enter up to 150 potential lineups, at $25 per entry, so each of the Tolberts spent $3,750 to enter.

But DraftKing's rules also prohibit players from "colluding with any other individual(s) or engaging in any type of syndicate play." The site states "to keep things competitive and fair, players are only allowed to have one account." DraftKings outlines the following as unacceptable behavior: players who engage in "team-building complementary lineups which serve to work together AND executing a strategy that may create any unfair advantage over individual play."

Tanner Tolbert, apparently a big football fan, frequently tweets about NFL games and players. Jade Tolbert has no recent football tweets, other than one acknowledging her winning the $1 million contest.

The tweet said, "Hahaha that's me! And Tanner told me I shouldn't play DK Metcalf," a reference to the Seattle Seahawks rookie wide receiver whose 53-yard touchdown helped clinch the game against the Philadelphia Eagles Sunday

The controversy comes at a delicate time for DraftKings as legalized sports betting continues to spread across the United States. It still must win approval from various states.

DraftKings is also preparing to become a public company in the first half of this year through a merger with Diamond Eagle Acquisition Corp., a special purpose entity that is already publicly traded even though it is essentially a shell company. The combined company is expected to have an equity market capitalization at closing of approximately $3.3 billion and more than $500 million of unrestricted cash on its balance sheet. A number of investors have committed to a private investment of $304 million in the company at the time it goes public.