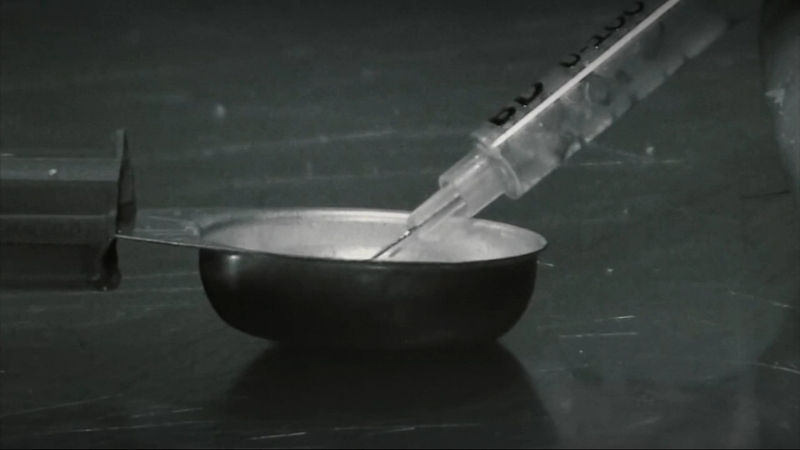 4th death reported in series of heroin overdoses in Chicago

CHICAGO (WLS) -- A person of interest was being questioned Wednesday after 17 heroin overdoses - four of which were fatal - have been reported since Tuesday on Chicago's West and Northwest Side, police said.

Chicago police, along with agents with the Drug Enforcement Administration's Chicago Division, are questioning the individual in connection to Tuesday's distribution of apparently lethal heroin, according to a CPD/DEA statement.

The DEA's North Central laboratory completed analyses which revealed the presence of fentanyl, an antidepressant and other substances.

#ChicagoPolice & @DEACHICAGODiv have been working around the clock to address yesterdays heroin epidemic where 17 people had life threatening reactions. 3 deaths occurred & we suspect they are linked to this. Anyone with info pls send anonymous to https://t.co/g9Q1Srtgmc pic.twitter.com/4cMbxV7iAd

Dr. Allison Arwady, chief medical officer with the Chicago Department of Public Health, believes the opioid epidemic is one of the primary issues facing her department and the city

"Sometimes when we are seeing spikes like this, it's because there's an increase in amount of fentanyl or another even stronger opioid in the supply," Arwady said.

Ald. Walter Burnett (27th Ward) is frustrated by what's happening in his ward and across the city.

The Chicago Recovery Alliance on the West Side works on the frontlines, trying to reduce the impact on the abusers and their communities.

"These spikes are happening constantly. We see them around the city, we've been seeing opioid overdoses increasing for a very long time," Greg Scott said.

Anyone with information can submit an anonymous tip at cpdtip.com.