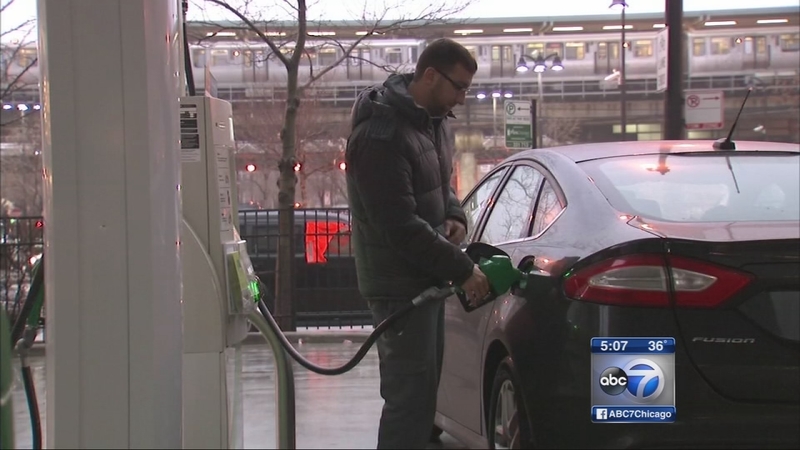 CHICAGO (WLS) -- The Chicago City Council is set to take up a proposal about E15 gasoline. The council's finance committee passed the ordinance Monday.

Supporters say the 15 percent ethanol and 85 percent gasoline blend reduces smog and helps the environment. But not everyone agrees that city gas stations should be forced to sell the fuel.

If the full city council passes the ordinance, Chicago will be the first city in the country to require the sale of E15 at all gas stations.

"It will be precedent-setting and set the standard for nation," said Alderman Ed Burke.

An ordinance mandating all Chicago self-service gas stations to offer E15 passed the City Council's finance committee, but not without several opponents voicing their concerns. Gas station owners in particular say it could cost up to $100,000 to retrofit their stations to accommodate the new fuel.

The petroleum industry and automotive groups are fighting hard against the mandate, claiming E15 will damage certain cars. Vehicles older than 2001 are not equipped to handle the blend.

"The vast majority on road not equipped to operate on E15," said Kimberly Pendo of the Truck and Engine Manufacturers Association. "It will void their manufacturers' warranty, it will break down engine components."

E15 supporters say consumers should be offered a choice at the pump. They say E15 is cheaper, better for the environment and will make America less dependent on foreign oil.

"This is going to create jobs, create a better environment for our children, grandchildren," said Alderman Anthony Beale. "We have a responsibility to do that."