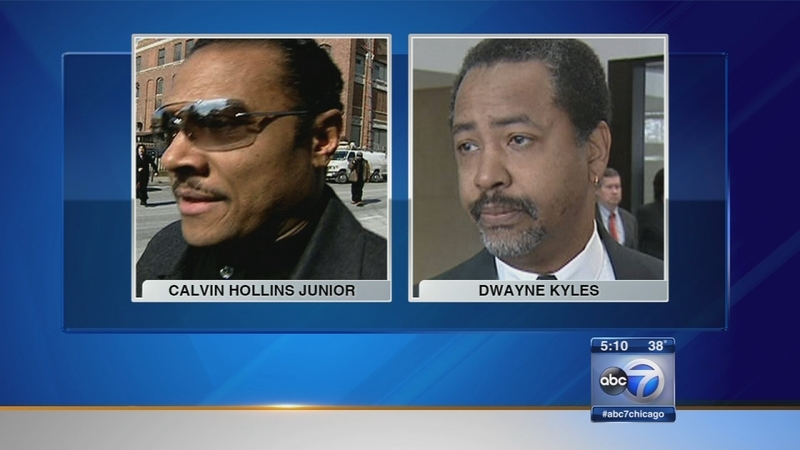 CHICAGO (WLS) -- More than a decade after a stampede at E2 nightclub killed 21 people, the owners were each sentenced to two years of probation and 500 hours of community service.

Calvin Hollins and Dwain Kyles were in court on Friday. Both were convicted of criminal contempt for violating a judge's order to close the second-floor nightclub. The court order was issued in July 2002. Seven months later, 21 people died and 50 were injured when security guards used pepper spray to break up a fight at the nightclub. People who tried to escape down a staircase got trampled and crushed to death.

On Friday, Judge Daniel Gillespie sentenced the two men after the defendants' lawyers and Chicago's top attorney agreed to probation and community service, rather than prison time. Kyles will volunteer with A Safe Haven Foundation, which helps the homeless became self-sufficient. Hollins will spend his time helping the Safer Foundation, an organization that helps people with criminal records secure jobs and transition after serving time.

"We just thought that was a far more positive way - and a better way to bring closure to this - than having them sit in jail," said Steve Patton, Chicago's corporation counsel. ""Twelve years is a long time, but I'm sure they live with that loss every day. If we do anything today, it would be great if we brought some closure to that."

Kyles' attorney, Victor Henderson, agreed the sentence reflected the owners' long-time commitment to the community. "For them to have an opportunity to help other people less fortunate really does dovetail to what they've done all along," he said.

Patton said he met with six of the victims' families. He said the sentences are "consistent" with what the families told him during the meeting. Although no family members attended the sentencing hearing, the cousin of Nicole Rainey, one of the woman who died, said she was "satisfied" with the outcome. She also said that she continues to care for Rainey's five children, who are now 12-22 years old.

The sentence comes after a lengthy legal fight between Chicago and the owners. During that time, the case has gone all the way up to the Illinois Supreme Court and back. In 2009, Kyles and Hollins were convicted of violating the court order to close the club and sentenced to two years in prison. A legal fight ensued and the Supreme Court determined the conviction would stand, but the prison sentence was tossed out.

Kyles' attorney said there was no way the owners could have predicted what happened the night of the stampede, and that the prison sentence was too harsh.

"It was, you know, uncomfortable for me to think that the city would ask for them to be placed behind bars. I'm glad the city stepped off that position," Henderson said. "It's been a 12-year odyssey and we're glad it's behind us."