FORT MYERS, Fla. -- Thousands of people are keeping an eye on a live stream of two American bald eagles in Florida after their eagle eggs have begun hatching

An eagle cam set up by Dick Pritchett Real Estate is currently streaming the nest of Harriet and her partner M15 in Fort Myers.

One of the two eaglets broke out of its shell Saturday morning while the other remained inside its egg.

The eggs were laid on November 22nd and November 25th according to the Southwest Florida Eagle Cam's Twitter account @SWFLEagleCAM.

The Southwest Florida Eagle Cam has seen millions of people tune in since it launched in 2012, when Harriet was with her previous mate, Ozzie.

They were together for more than 20 years, until Ozzie died in September of 2015 after getting into a fight with another male eagle, believed to be M15. Ozzie passed on two days later. 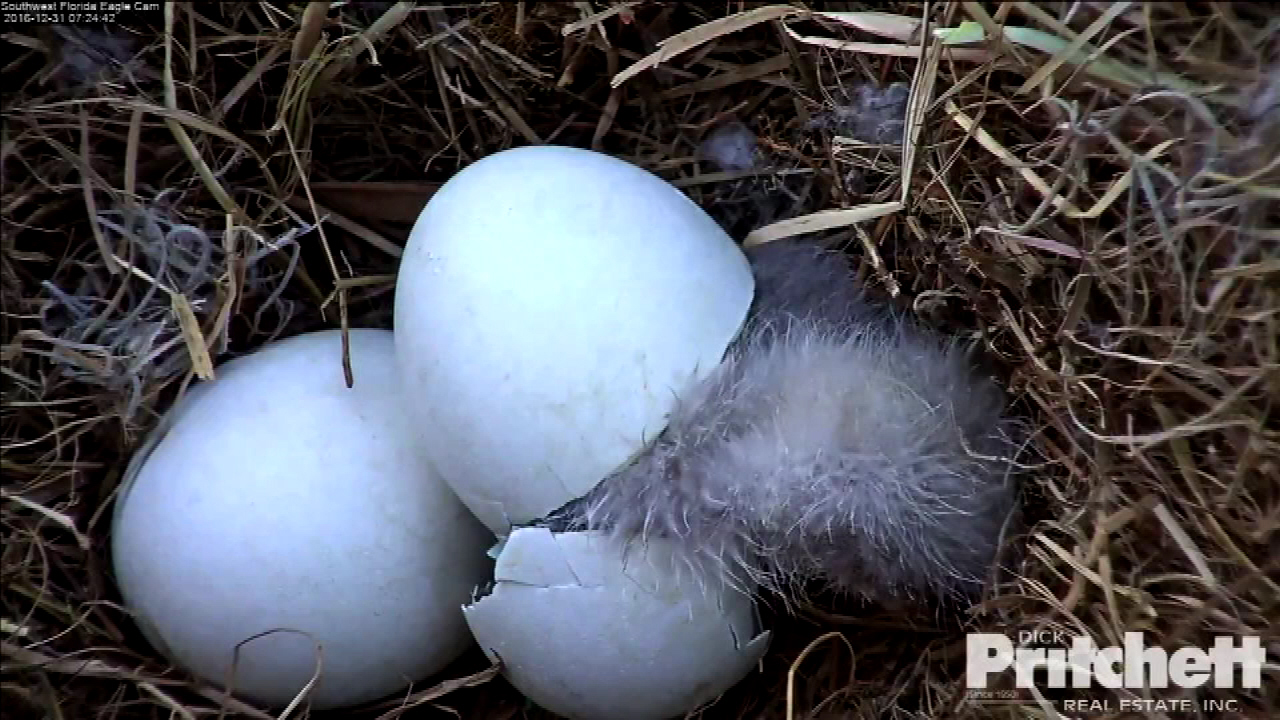 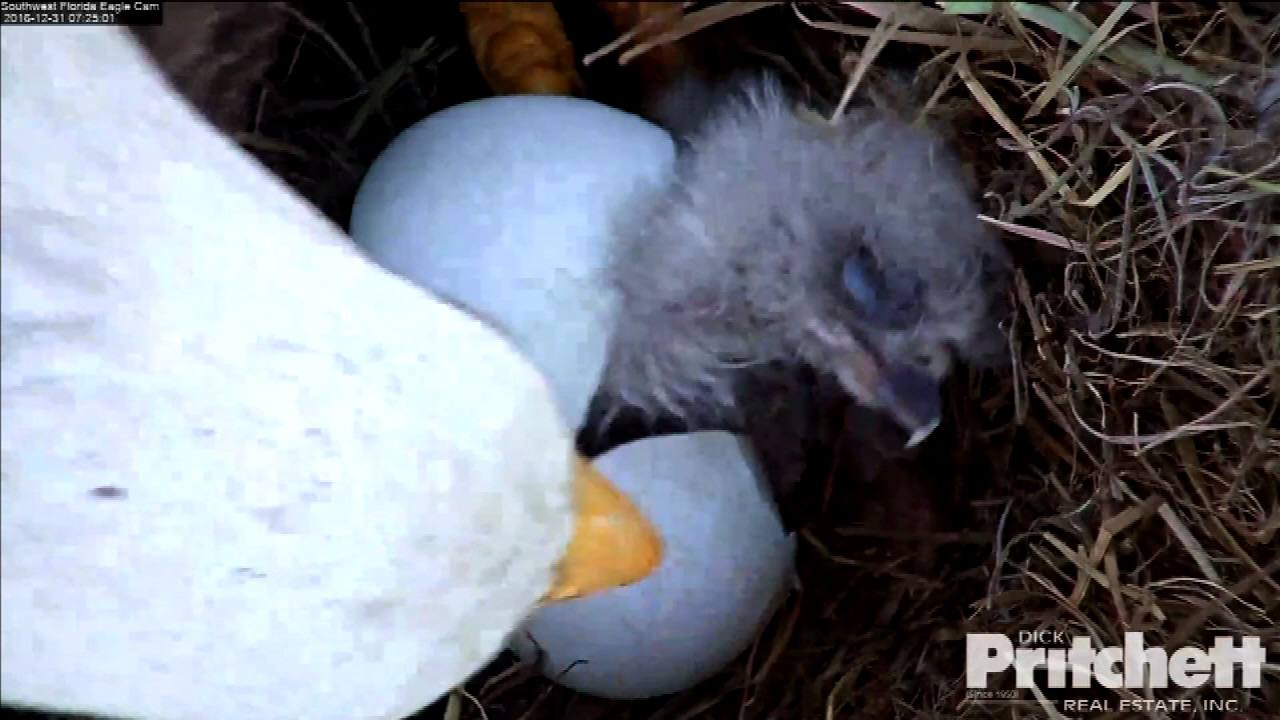 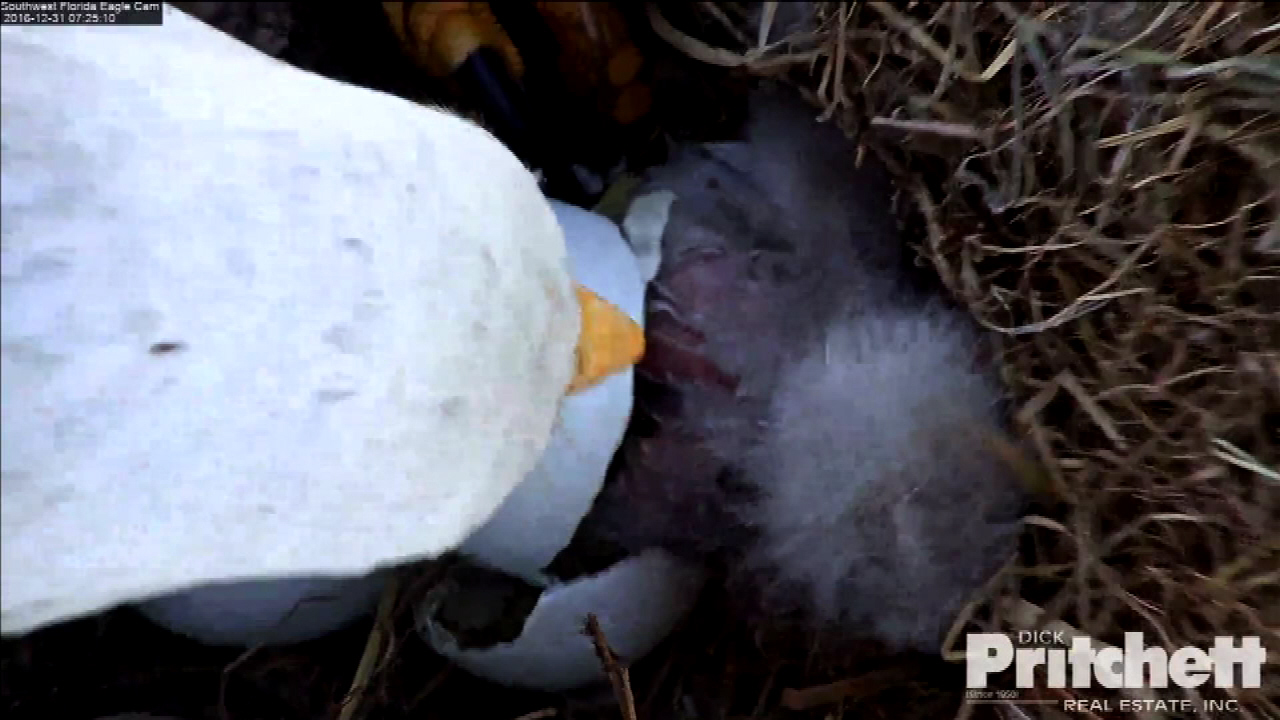 Though it is thought bald eagles mate for life, a new partner can be chosen if one dies or disappears.

After an incident involving a car a few months earlier, Ozzie was sent to an animal hospital for rehabilitation. During this time, several suitors reportedly made a run at Harriet, including M15, who became a regular. When Ozzie returned, numerous altercations occurred, eventually ending in his death.

Harriet bonded with M15 a month later and laid the two eggs that hatched successfully.

The live stream can be seen below.