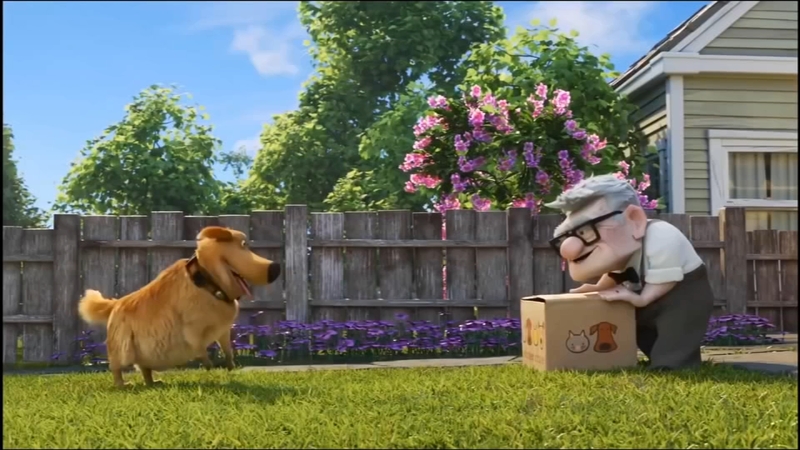 CHICAGO (WLS) -- Hollywood is remembering actor Ed Asner after his death over the weekend. The 91-year-old found stardom on the small screen on shows like the "Mary Tyler Moore Show."

He's also being remembered for one of his recent roles, playing Carl in the animated film "Up." He recently reprised his role in one of his final performances that will soon be streaming on Disney+, but the real star of "Dug Days" is his canine companion.

The big, happy dog with the special collar that translates barks into "people talk" is back!

"He's so pure of heart and yet there's times when he thinks he's a wolf and wants to get the squirrels and all that. But generally he's a sweetheart," director Bob Peterson said.

The movie "Up" was a critical and box office hit for Pixar and Dug was a standout character. Now he and his human Carl are featured in five streaming episodes on Disney+. Re-visiting this world for TV was quite a challenge for the production team.

"Can we hit the same quality? Can we hit the same nuance and beauty of animation, lighting? All the different pieces of filmmaking. Our team really rallied and just brought their best and I think it's apparent in the shorts," producer Kim Collins said.

"I love getting back with these characters. I loved working on the film. I loved working with Ed Asner as Carl and being Dug. It was just the warmth between a person and their pet. To continue that is so magical for us to express, those of us who own dogs," Peterson said.

"It's an honor to play a dog, and I say that sincerely," Peterson said.