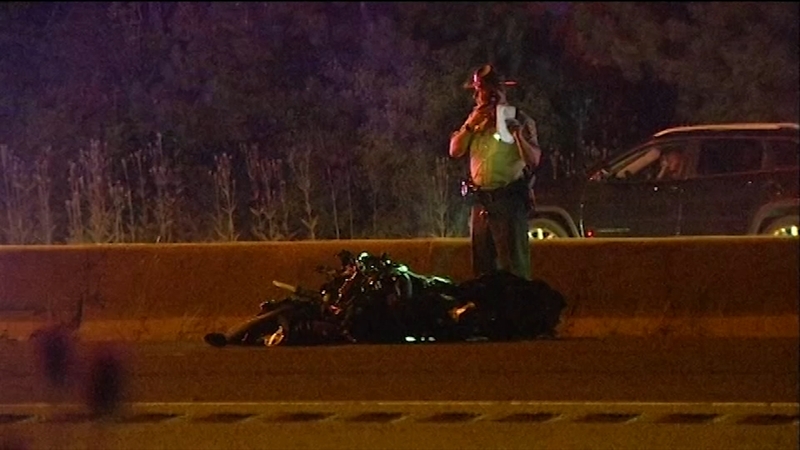 WILMETTE, Ill. (WLS) -- All lanes on the Edens Expressway were shut down early Thursday after five people were injured in a serious crash involving motorcycles and a vehicle towing a trailer, Illinois State Police said.

Around midnight a group of motorcyclists were traveling at a high rate of speed on the inbound Edens near Glenview Road when one of them hit a vehicle towing a trailer, causing the car to lose control and hit the wall, police said.

At least three people on motorcycles crashed, police said. They were all transported to Evanston Hospital in critical condition after being thrown from their motorcycles. They included a 27-year-old Chicago man, 24-year-old Elk Grove Village man and a 28-year-old Chicago woman.

The two men from Chicago who were inside the vehicle were taken to Skokie Hospital in good condition, ISP said.

Inbound lanes on the Edens Expressway were blocked from Skokie to Old Orchard Road while police investigated the crash. They reopened just after 5:40 a.m.