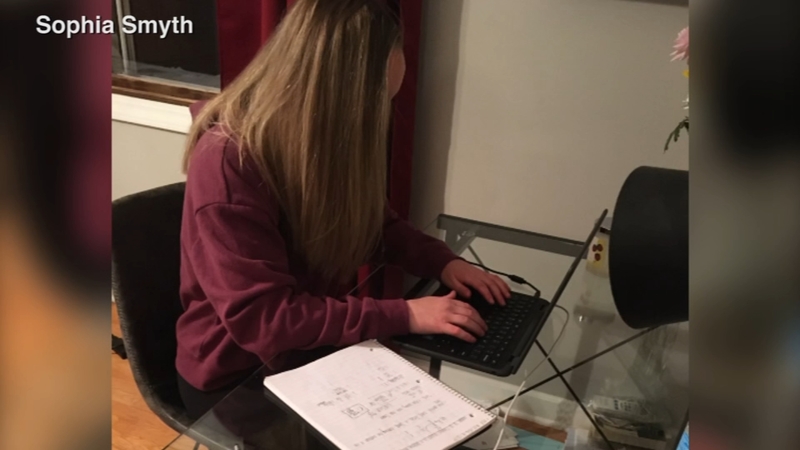 CHICAGO (WLS) -- From Aurora to Park Ridge, dozens of teens said they were unable to submit their AP exams this week.

"I just had to watch as time expired and my heart raced a little bit faster, heart broke a little bit too," said Rosie Schroeder, high school senior.

"Each time, the pictures had uploaded, they were accepted," she said.

But the Waubonsie Valley senior could not upload files during the real exam.

"It's just horrible," said Sophia Smyth, who had the same problem in South Elgin.

She ran the demo OK, but said out of three exams she took this week, only one submitted.

Now both teens need to re-test in June without knowing if that will go any better.


"What happens if I do this again and the same problem happens?" Smyth wondered. "then I just took a test and wasted $100."

Even more money is at stake for seniors who hope AP scores will transfer into college credits this fall. Schroeder's father wondered if double majoring and running track will now require an extra semester.

College Board said as of Wednesday night, less than 1 percent of students testing worldwide have been unable to submit answers.

"I did it on my phone, which I think made it a lot easier. I just took the picture and it uploaded right away," said Amber Mueller, high school senior.

But at Maine South administrators reported nearly 7 percent of test takers, or 31 students, have had tech problems preventing submission.


"It has to be more than 1 percent," Rosie Schroeder said.

But West Leyden Assistant Principal Andrew Sharos said just one of his students had an upload issue.

"It hasn't been widespread at all," he said. "For the most part the tech has worked well. It's an impossible situation."

"They put it on us like it's our fault that our computer didn't work," Smyth said. "But I know for a fact my computer, my connection was fine. It was on them."