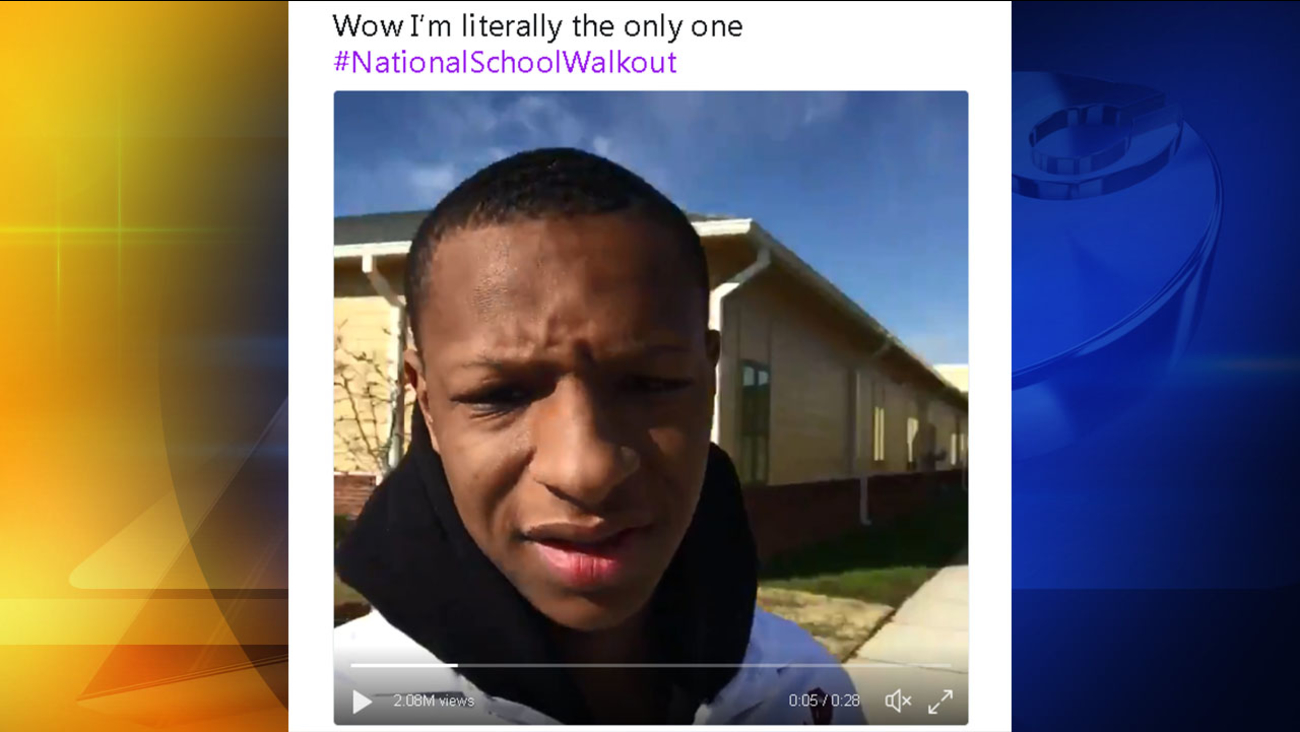 WILSON, N.C. -- A tweet from a North Carolina student on National Walkout Day has gone viral because of the number of people who participated in walking out with him -- zero.

Justin Blackman walked out of class at Wilson Preparatory Academy on Wednesday, as did students all over the country, to protest gun violence after last month's mass shooting at a Florida high school that killed 17 people.

But when Blackman got outside of his school, he realized he was the only one participating.

He posted a video on Twitter, saying: "It's National Walk Out Day and I'm the only one at my school out here."

In the video, Blackman said his teacher let him leave class.