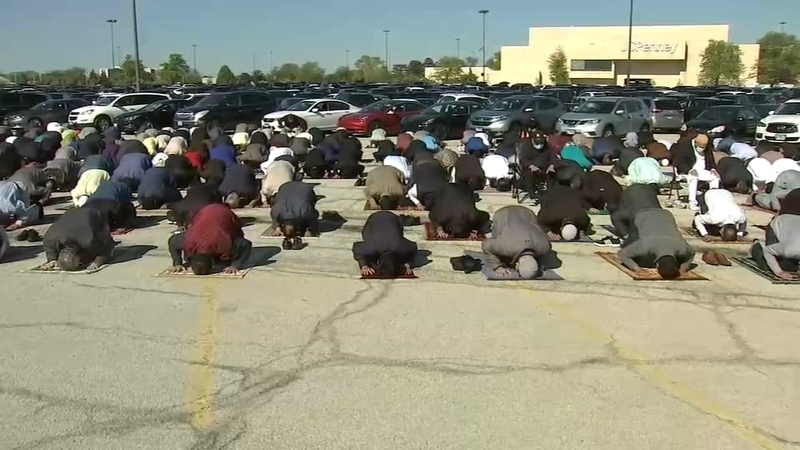 The service is especially meaningful at a time when violence continues to escalate overseas.

In Gaza, at least 83 people are dead including 17 children, and hundreds are injured as airstrikes continued on the holy day.

People in Aurora prayed for their brothers and sisters in the Middle East.

"We have to still be concerned about what's going on and pray for the people that are there, pray for peace, so it's important as we have our celebration to understand there are other people celebrating differently and they affected by what's going on," said Imam Rizwan Ali with the Islamic Center of Naperville.

In Israel, seven people have died so far, including a young boy, and 150 have been injured, a warning for people to stay home because of heightened attacks.

Officials said an Egyptian delegation is negotiating a cease-fire in the escalating Gaza conflict.

"We're seeing in the Middle East right now is very upsetting, it's disconcerting. And it was totally avoidable," said Daniel Goldwin with the Jewish Community Relations Council. "Unfortunately the Hamas and Palestinian Islamic Jihad terrorists sought to exploit some tension in Jerusalem. And then unleashed over 2,000 missiles fired indiscriminately Israeli civilian targets."

Hamas militants fired hundreds of rockets into Israel; the Israelis launched repeated airstrikes against targets in the Gaza Strip.

It's a reminder to Muslims here at home pray for peace.