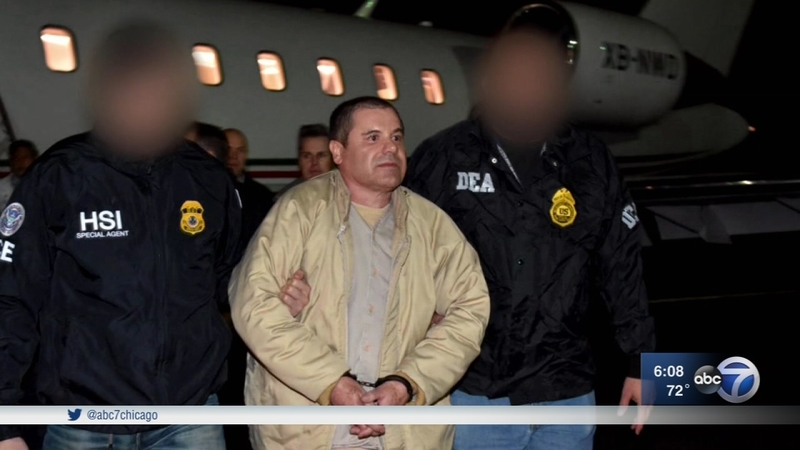 CHICAGO (WLS) -- If Mexican drug lord Joaquin "El Chapo" Guzman can't get out of solitary confinement as he hopes, then taxpayers may have to pony up for his jailhouse accommodations to be remodeled the I-Team has learned.

According to an official of the U.S. Metropolitan Correctional Center in Manhattan where El Chapo is being held while awaiting trial, significant changes costing $150,000 would have to be made to an adjacent visiting room so that the kingpin can safely and securely meet with his attorneys to prepare for trial.

The special federal lock-up section where El Chapo is being held will have to undergo an 18-month "major demolition" and expensive wall restructuring along with relocating fire suppression systems and changing the floor layout according to an affidavit newly-filed by prosecutors. Government attorneys say the current MCC layout makes it impossible for Chapo to meet face-to-face with his team of defense attorneys because a rat's nest of exposed electrical wires and piping might provide cover for the cartel boss to wage another escape attempt.

Guzman, 60, was arrested in Mexico in early 2016 after being on the run following a prison escape 15 months earlier. He is under federal indictment in several U.S. jurisdictions including Chicago and New York. He was extradited last January to Brooklyn to initially face charges there.

Plans for renovating the special security area where Chapo is singly-held would first involve removal of a Plexiglas window and then an elaborate rerouting of the area's utility guts so that a "safe contact visit arrangement" could be made.

El Chapo, which means "shorty" in Spanish, claims that his solitary confinement is unnecessary and punitive and has made it nearly impossible for him to help prepare for trial on trafficking charges in seven months.