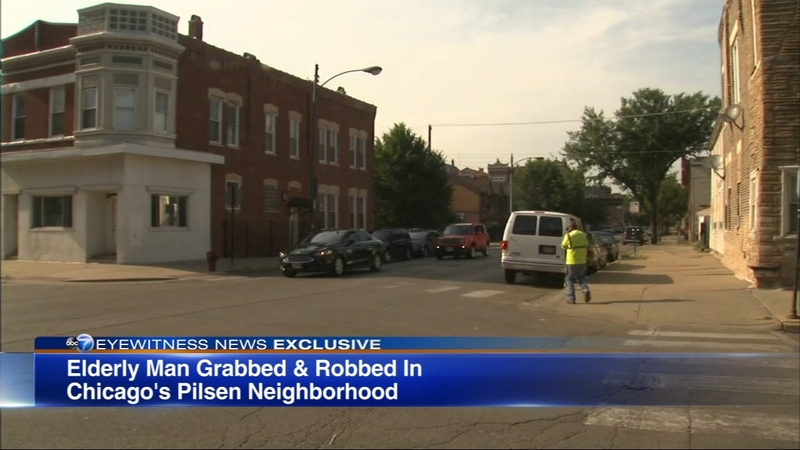 CHICAGO (WLS) -- An elderly man walking in Chicago's Southwest Side was robbed as a stranger attempted to lure him Friday morning.

The victim's daughter, who did not want to appear on camera, said after they gave the police the woman's description, an officer told them she's done this before, specifically targeting the elderly.

"I was upset because my dad, uh, he just does his routine and comes home. I would never want anything to happen to him," she said.

Police said the 93-year-old man was walking down the street in the 2200 block of West Cermak Road at about 8:45 a.m. when a young woman got out of a parked vehicle near the Polar Ice Company. The woman called out to the victim, hugged him and asked him to get in her car.

"I don't know what her intention was to lure him in the car, but at the same time she was patting him down and that's how she managed to get in his pockets and he had money," the victim's daughter said.

The victim refused to go with the woman and she ran away as a witness approached, authorities said.

The victim's daughter said her father was confused and didn't even know he was robbed until a passerby saw it happen and helped him report it to the police.

"I just thank God nothing happened. There's so many stories that you hear of people getting hurt, and I started thinking about all that," she said.