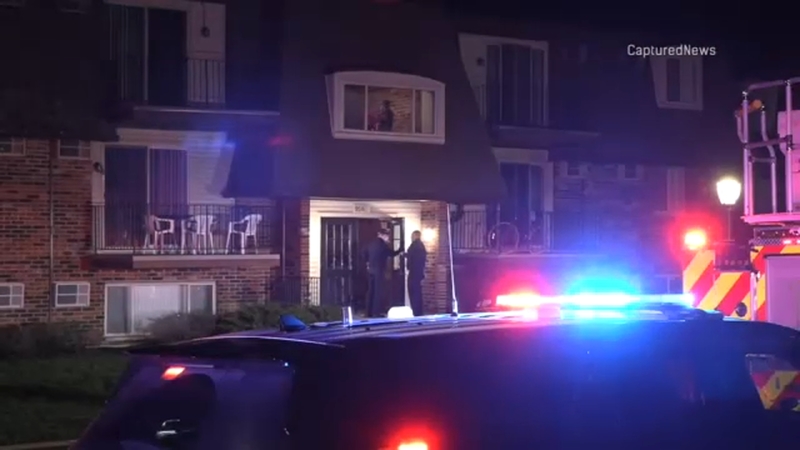 ELGIN, Ill. (WLS) -- A man has died and five other people were injured in a shooting that happened during a gathering in Elgin early Sunday, officials said.

The victim has been identified as 32-year-old Jonathan King, of Elgin, according to the Cook County medical examiner.

Elgin police have not revealed much as the search for that shooter continues, only that whatever led to it appears to have taken place during a gathering of some sort.
It was around 2 a.m when shots rang out at the Elgin apartment complex in the 800 block of Congdon Avenue. Witnesses said they woke up to gunfire that has since left one man dead and several others injured.

"I guess the last two shots woke her up," said neighbor Raul Huerta.

Raul Huerta and his wife awoke to gunfire in their apartment building. His family lives in the unit next door to where the alleged fight broke out.

"A stray bullet can go through the walls and hit somebody that's just sleeping. It's just not good," he added.

When officers responded, five were transported to area hospitals. Police were later notified, a sixth victim took themselves to the hospital.
"There was some arguing that started from 10 p.m. and continued all the way until after 1 a.m.,"Huerta said. "That's when somebody must've pulled out a gun and started shooting inside the apartment. He ran out down the stairs and continued shooting."

Preliminary information indicated that the shooting happened during a gathering and appears to be an isolated incident, police said.

"I would consider probably moving out that's the first thing you do. That's the first thought that comes to your mind," Huerta said. "It's just a concern because this is the first time this has happened in here and it's definitely not safe."
SEE ALSO | Chicago shooting: Man shot after argument on CTA bus in Lawndale, police say