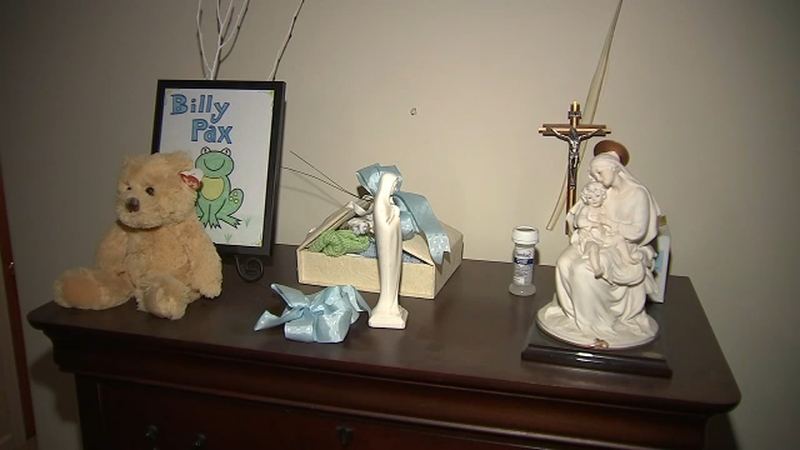 ELMHURST, Ill. (WLS) -- Elmhurst police have arrested a man suspected of burgling a home and stealing a box containing the cremated remains of a family's baby, among other things.

On December 10, police responded to a reported burglary in the 200-block of Melrose. Police said the burglar entered the home by breaking a window, then stole collector coins and the remains of the LaDeur family's 10-day-old son Billy.

"It was the police who pointed out, 'the dust is disturbed,' and then I looked at that space," Sue LaDeur said the day after the burglarly. "I couldn't breathe. I couldn't believe it. Of all the things to take. Take everything. Take anything. None of it matters."