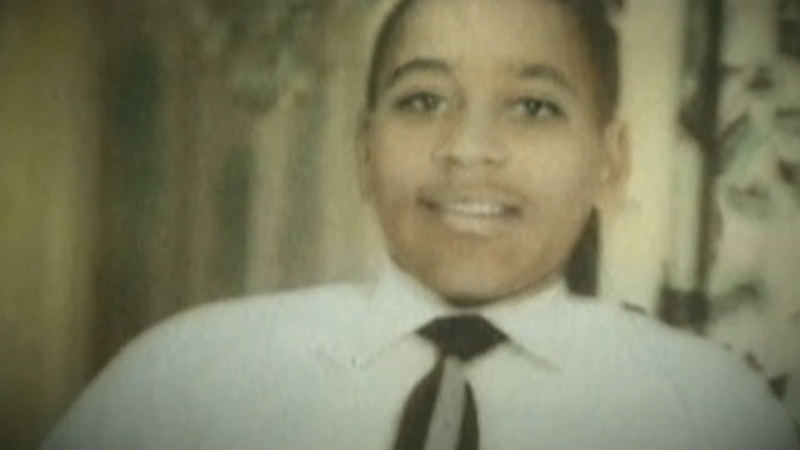 CHICAGO (WLS) -- Eight years to the day before Martin Luther King Jr. marched on Washington to give his "I Have a Dream" speech, 14-year-old Emmett Till was lynched and thrown from a Mississippi bridge for allegedly whistling at a white woman.

Friday marked 65 years since the Chicago teen was murdered by Southern racists, sparking a turning point in the Civil Rights Movement.

Now on the anniversary of not only his death but also King Jr.'s speech, Till's cousin is speaking out about the pain she still lives with following his loss.

March on Washington 2020: Hundreds cancel trip to work towards change at home due to COVID-19
EMBED More News Videos

There are hundreds of Chicagoans who wanted to go to the 57th anniversary of MLK's historic march on Washington but were unable to because of Washington D.C.'s self-quarantine rules.

The South Side boy was just 14 years old in 1955 when he became a martyr in the fight for civil rights. His mutilated body became shocking evidence of bigoted brutality.

"He will never be forgotten for years to come," said Till's cousin Ollie Gordon. "Each generation will continue to speak his name and continue to demand the rights we were granted under the Civil Rights Movement."

Gordon, of Chicago's south suburb of Robbins, is one of Till's last surviving relatives.

"I grew up in the house with Emmett for those seven years," she recalled. "I lived with Emmett's mother for the duration of her life after Emmett. She had no other children."

Until recently, Emmett's legacy had been kept alive by Gordon's daughter, Airickca Gordon-Taylor, through the Mamie Till Mobley Memorial Foundation. But in March, Gordon-Taylor passed away.

On this anniversary, she can't help but focus on bitter setbacks in the much-publicized police shootings of unarmed Black men and women.

It's like stepping back into a painful past she said, but added there is one way to ensure that Till's murder had meaning.

"You've got to vote because your life, your livelihood depends on it," she urged. "Your survival depends on it. So I can't say it enough. Please go out and vote."

Gordon said she plans to honor both her cousin Emmett Till and her daughter Airickca Gordon-Taylor with a celebration as soon as coronavirus conditions allow it.