Woman's outburst in standoff with LAPD caught on camera 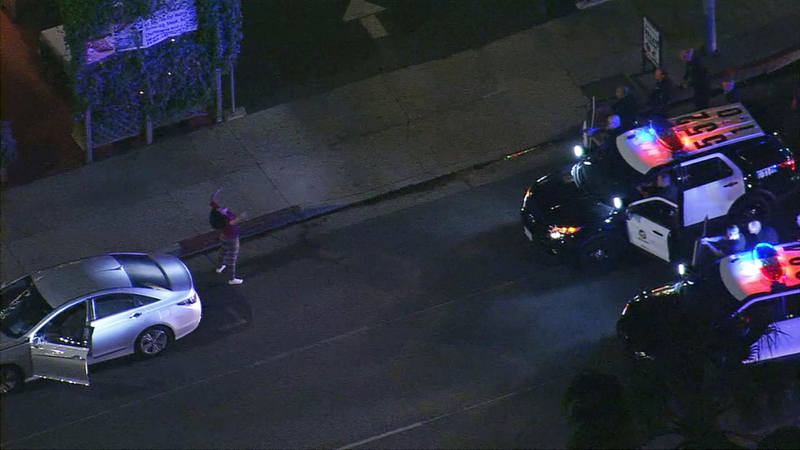 ENCINO, LOS ANGELES -- It was a tense moment as a woman stood in an Encino street in defiance of Los Angeles police officers on Sunday.

The Los Angeles Police Department said it received a call for a stolen car from Van Nuys at about 6:50 p.m.

When AIR7 HD arrived to the scene at Ventura Boulevard and Lindley Avenue, a woman could be seen sitting on the curb near the car as officers had guns drawn while using their cruisers as protection.

The woman was seen standing up and furiously stomping, pacing and thrashing about in front of the officers.

Eventually officers swarmed the woman and took her into custody.

Police said one other woman was also detained.