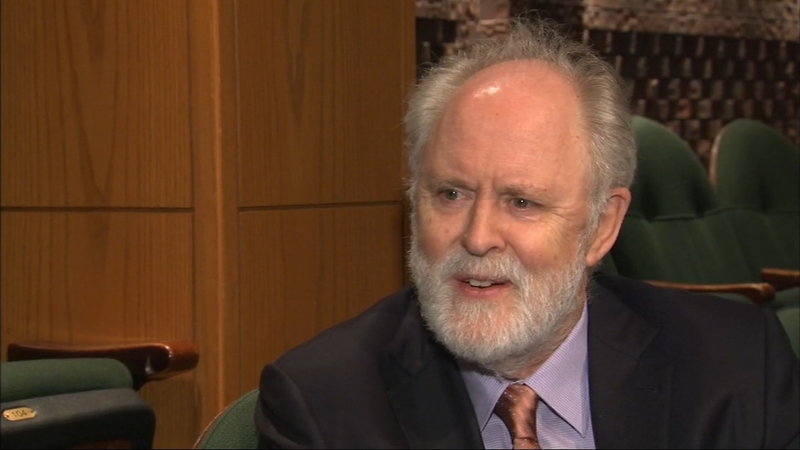 CHICAGO (WLS) -- John Lithgow, a major star of the stage and screen, was honored at the Chicago Shakespeare Theater Gala on Navy Pier on Friday.

Lithgow received the Spirit of Shakespeare Award at the event.

"It gives me the chance to pay tribute to Chicago Shakespeare Theater," he said. "I'm a huge fan of Chicago theater."

Lithgow is no stranger to Chicago, performing on stage here a few times, especially with the pre-Broadway premiere of the musical "Sweet Smell of Success." Lithgow said he remains close to many other Chicago actors, including Laurie Metcalf, Kevin Anderson and the late John Mahoney, who he called "a really good friend."

Lithgow acted many of the Bard's roles in his youth: His father ran a theatre company. There's one role he regrets he never played, however.

"I turned down Hamlet two or three times," he said. "It was a stupid thing to do so now I am too old to do it."