Eviction moratorium in Illinois, nationwide end in days; what renters need to know 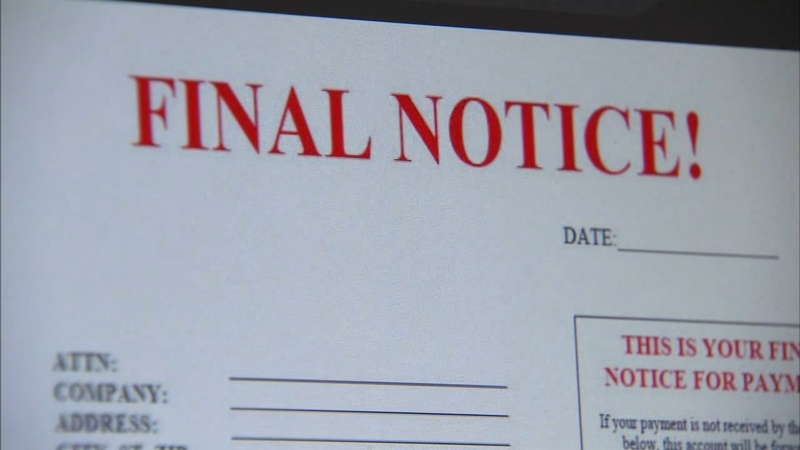 CHICAGO (WLS) -- The eviction moratorium in Illinois and around the nation is set to expire in just days, which will affect thousands of tenants who may be behind on rent.

But there are resources available if you're behind on your rent.

Beginning August 1, landlords in Illinois will be able to start filing evictions in court. Those evictions could be enforced as early as September 1.

"With the Delta variant rising we're going to be possibly putting a lot of people out on the street, putting people into shelters, and now that which is not what we want to see," said John Bartlett from the T Metropolitan Tenants' Organization. "It's also right before school that many of these families that are going to be facing eviction are going to have children."

Tenants' rights groups say thousands of families could be at risk of eviction.

But Illinois Gov. JB Pritzker is gradually phasing out the eviction moratorium instead of getting rid of it all at once.

"So, landlords are able to file evictions in court. Starting August 1, they cannot be enforced until September 1. And so many courts will have a busy docket, we're expecting," said Terri Ross, executive director of Illinois Legal Aid Online. "I think the last thing that anybody wants is to have mass evictions and have buildings that are empty and can't be rented to because they don't want to rent to people who have just been evicted."

Ross said small landlords who were able to get forbearances on their mortgages may be able to give more leeway. But Bartlett said Illinois' eviction moratorium phase-out is happening too soon.

"There's still a lot of money of rental assistance that's out there that is not been able to get to people yet so we may be evicting people that...we wouldn't have to necessarily evict," he said.

A second round of federal assistance includes $500 million. The cut-off to apply has passed, but the Illinois Housing Development Authority is still distributing the money directly to landlords who apply jointly with tenants.

The agency said that so far about $180 million has gone out the door, with about $320 million more to go.

"I think another month would be great, because you know that way, you know, then we'll, we'll be talking maybe by the end of September, maybe 80 to 90% of that money being out and spent and, which is a big difference in what's out already, " explained Bartlett.

Lieutenant Governor Juliana Stratton said the Governor's Office has worked closely with the Illinois Supreme Court on its decision to phase out the moratorium and added that judges will review where tenants and landlords are in the process of getting that rental assistance before proceeding with an eviction.

The Governor's Office also said there are several million more in federal funds, available through other state agencies. You can still apply for that money right now by going to illinoisrentalassistance.org

But what should you do if you get that eviction notice?

"So the first thing to do is to try to negotiate with your landlord. Know what your rights are. You have to be served in a particular way. When you are given an eviction notice," Ross said.

Ross said a notice must be given in person to an adult who lives in the residence. After a certain number of attempts are made to give notice in person it can be posted on a door. In the city of Chicago, renters have additional protections.

"There's a law in Chicago, the COVID-19 Eviction Protection Act. That does require landlords to try to negotiate with their tenants in reaching some sort of an agreement payment plan," Ross explained.

Check with your municipality to see what protections it may have.

Another $450 million in federal rental assistance is expected in Illinois by October.