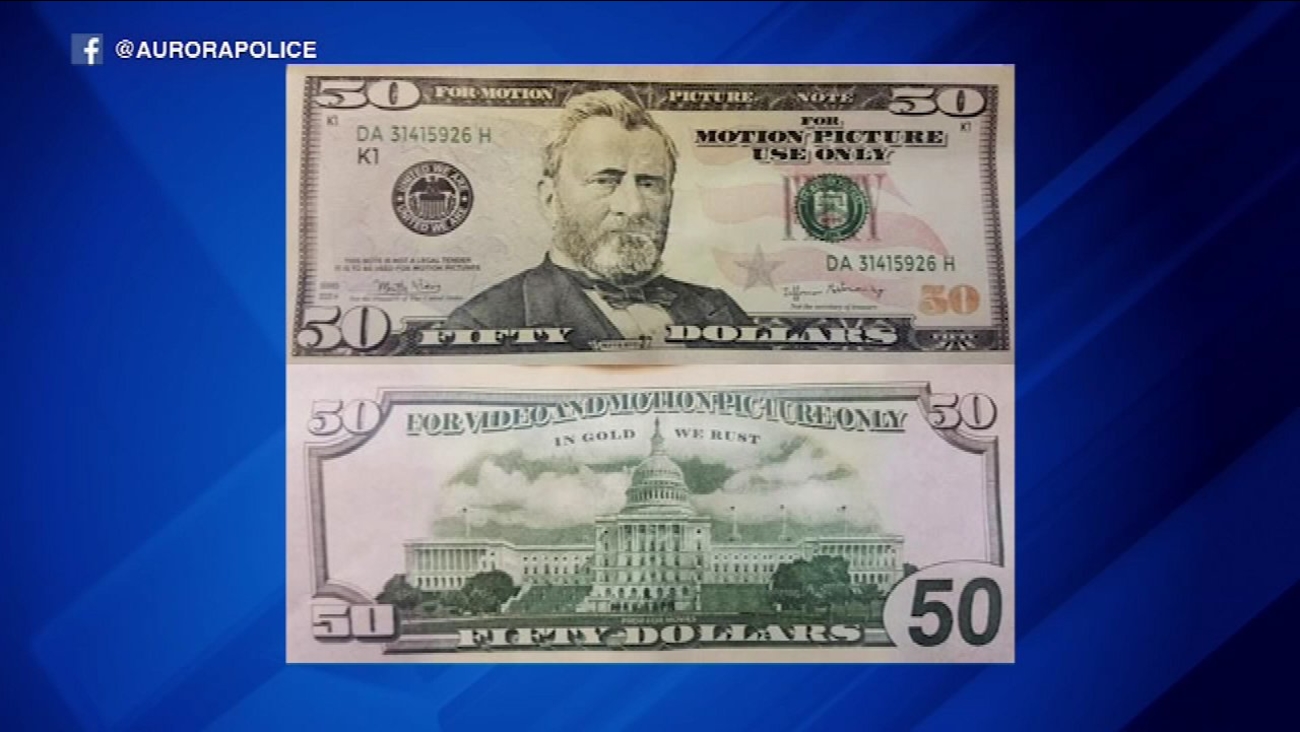 WLS
Counterfeit bills that apparently came from movie sets were used to dupe unsuspecting sellers in Aurora and Naperville.