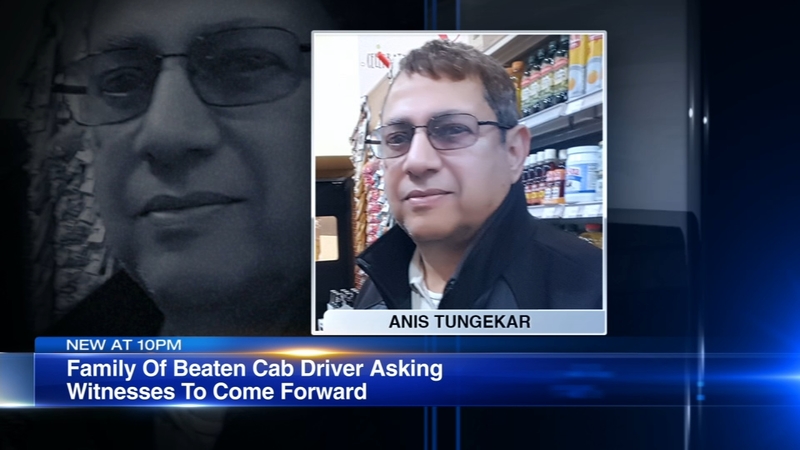 CHICAGO (WLS) -- The family of a cab driver - beaten and killed in downtown Chicago - believes someone must have seen the attack.

Police say Anis Tungekar, 64, got into an argument with a 30-year-old man on September 2 at 93 North Jefferson Street, a block west of the Ogilvie Transportation Center.

Tungekar was beaten and later died from injuries.

His family is asking those who saw the attack to speak up and help catch the father's killer.