1 killed, 1 injured in I-55 crash involving semi on SW Side 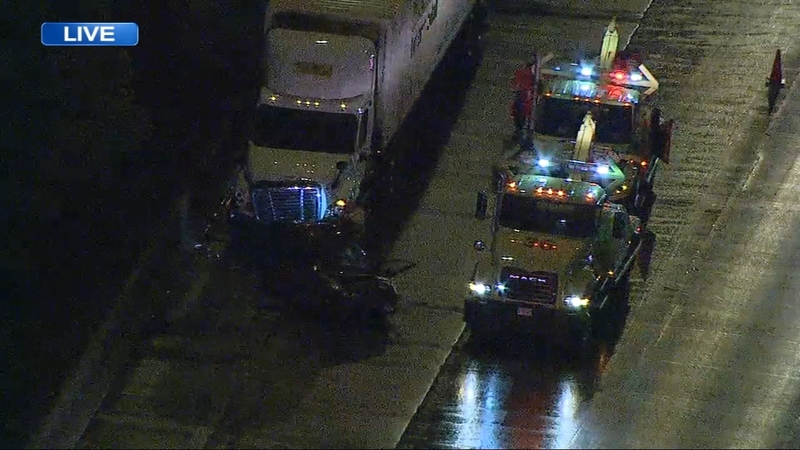 CHICAGO (WLS) -- A person was killed and another critically injured early Monday in a crash between a car and a semi-trailer on the Stevenson Expressway on the Southwest Side, Illinois State Police said.

The crash occurred in the outbound lanes of I-55 at Kedzie Avenue at about 3:37 a.m., police said. The car, a Saturn sedan, was stopped in the far right lane when it was hit by the semi-trailer, police said.

A passenger in the Saturn was transported to Mt. Sinai Hospital and later pronounced dead, police said. Authorities have not released the person's identity.