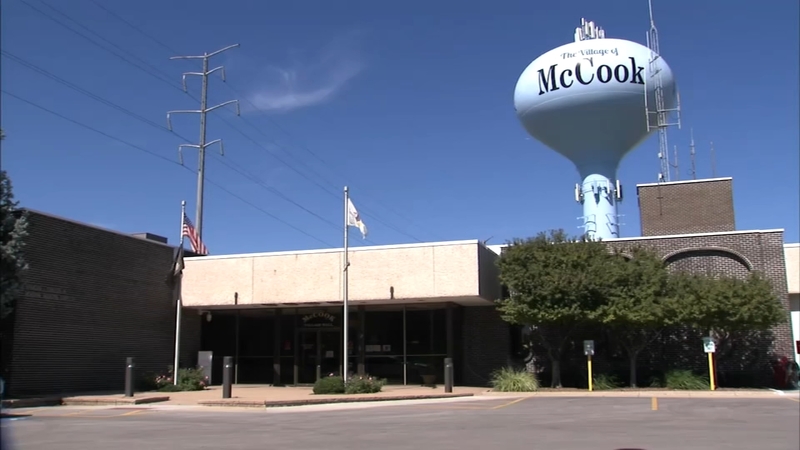 MCCOOK, Ill. (WLS) -- The FBI confirmed to ABC 7 agents raided McCook Village Hall and conducted a raid in the village of Lyons about a mile away, and were present at the Village of Summit offices. All three villages are within Village of McCook Mayor and Cook County Commissioner Jeff Tobolski's 16th district.

Some residents said the federal action is long overdue.

"We were just hoping for the feds to come in at some point, and now they have," said Lyons resident Earl Johnson.

After hearing the news of the FBI raids here at McCook Village Hall and in the Village of Lyons, he says the FBI is sending a message.

"To not be a dirty politician. To be a clean politician, serve your constituents and you work for the people, not for yourself," he said.

ABC 7 reached out to Village of McCook mayor Jeff Tobolski who is also a Cook County Comissioner about the raid of his Village Hall. He wasn't in at the village headquarters, didn't return our calls, and there was no answer at the door when we knocked at his home down the street.

It was the same a few miles away in the Village of Lyons.

There was no answer at the door of Mayor Christopher Getty, and no answer over the phone to the number listed at his insurance office or city hall.

It's unclear whether the ongoing FBI investigation involves Mayors Tobolski or Getty.

But these raids come on the heels of more FBI activity earlier this week.