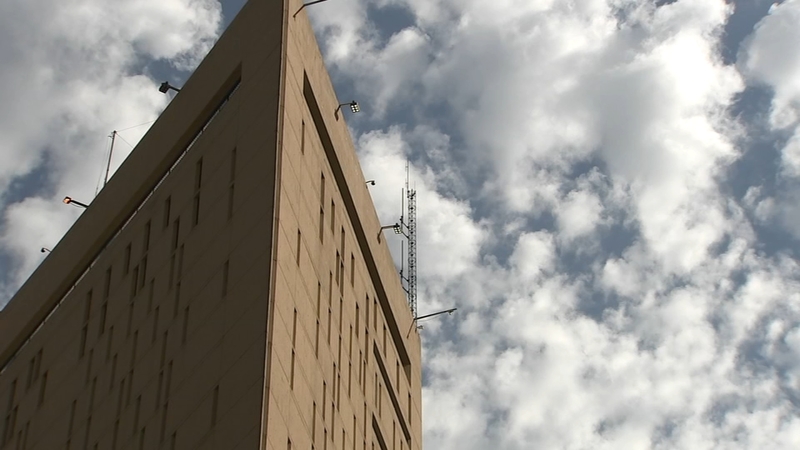 CHICAGO (WLS) -- There is a critical situation at the nation's prisons, including here in Chicago, according to authorities who say a staff shortage puts correctional officers, inmates and the community at risk.

Corrections officer Eric Young said when you go and "dump all of the bad individual from all around the country into one place, that's what we call MCC Chicago."

Young said employment at the Metropolitan Correctional Center and other federal prisons comes at a high price, driving officers away, discouraging new hires and even resulting in some deaths.

"You're talking about one officer working around an average of 130 offenders, who could literally snuff the life out of them," Young said. "A lot of people don't realize the average life expectancy for a correctional worker is 57."

Dying at age 57 is almost 22 years earlier than the U.S. average. Studies have shown correctional officers suffer from PTSD at similar levels as soldiers who served in the Iraq and Afghanistan wars.

"The culture has always been that no one goes out and recruits for these jobs until the person actually walks out the door," Linaweaver said. "We can't do that anymore. It takes too long to go through the background investigations."

Young claims the MCC in Chicago has about 20 to 30 people right now who are eligible to retire from a staff that is already down 20 officers.

MCC administrators declined the ABC7 I-Team's requests for an on-camera interview but said as of last week 200 of 208 authorized staff positions are filled. The MCC said it is 93% staffed, up 7% from two years ago, and the institution is "actively staffing its vacant positions."

Officials did not answer the I-Team's question regarding how many employees have indicated they plan to soon retire. Union officials said that number could be as high as 30.

Whether those practices and staffing issues figured into the recent death by suicide of Jeffrey Epstein at New York's MCC are under investigation.
As we analyze the people who were there, one of them had been on overtime I think five straight days and may have been worn down by it and another was not necessarily trained for that particular responsibility," said Senator Dick Durbin (D-IL). "The net result was this man took his life."

To beef up staffing, the Bureau of Prisons is offering a recruitment bonus for correctional officers hired at 19 prison locations, including the facility in Thompson, Illinois, near the Quad Cities.

Durbin said he hopes incentive hires will help eliminate the practice of what's called augmentation in prisons. It is the practice of using staff such as teachers, cooks and secretaries to fill in for correctional workers.

"Putting people in, replacing them with a teacher, a secretary, a cook, doesn't necessarily mean you're going to have that same proficiency as that correction officer," according to Young.

"The safety of staff, inmates, and the public is the highest priority for the Bureau of Prisons," the bureau told the I-Team.

The agency said so far this year, more than 2,000 new hires have been made nationwide.

Two federal inmates escaped from Chicago's Metropolitan Correctional Center on December 18, 2012 by chiseling through the concrete, dropping a makeshift rope and climbing down the side of the lock-up.