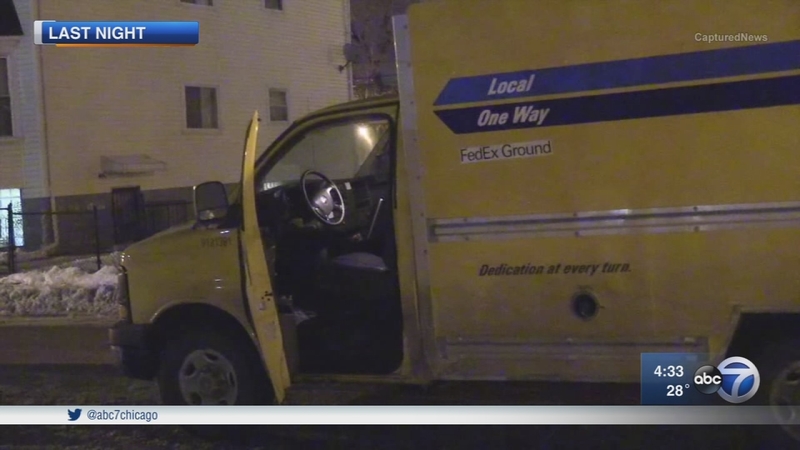 CHICAGO (WLS) -- Police are searching for thieves that targeted another Chicago delivery driver.

Investigators said the men reportedly robbed the Fed Ex driver at gunpoint, took his personal items, the truck and everything inside.

Police later found the truck empty at 54th and Shields.

Community activists passed out flyers in the Fuller Park neighborhood with a hotline number to call for information about the FedEx driver and the emptied truck.

The incident happened not far from Jessie Jones' house, who said crime is rampant in the neighborhood.

"Christmas only comes once a year and these poor families are waiting for these gifts from people from out of town. And then they high-jack the truck right here," said Jones, a Fuller Park resident.

According to Andrew Holmes, there have been about seven incidents of delivery drivers being targeted in recent weeks.

On December 9, another FedEx driver was robbed at gunpoint in Chatham.

In a statement, a FedEx spokesperson said, "While we continue to assess the situation, we have taken steps to enhance the safety and security of our operations in certain areas. For security reasons, we cannot disclose details."