'None of us signed up to die': Filipino American nurses disproportionately impacted by COVID-19 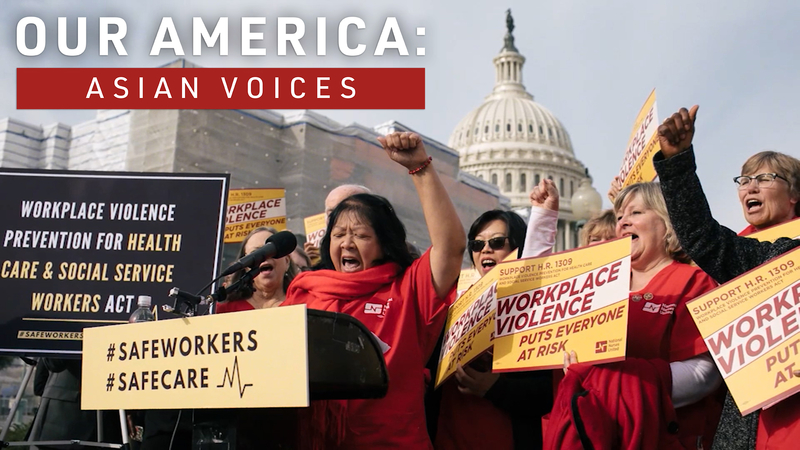 SAN FRANCISCO -- With more than a third of U.S. adults fully vaccinated and outdoor mask mandates lifted, it's easy to forget all that was lost to COVID-19 in the last year.

The nation's frontline health care workers have made unknowable sacrifices -- none in greater focus than the 3,233 U.S. health care workers who have died from COVID or complications from the disease, according to numbers provided by National Nurses United as of Feb. 11, 2021.

But no ethnic group of health care workers has dealt with more grief than Filipino Americans.

More than a quarter of nurses who have died of COVID-19 and related complications in the U.S. are Filipino American. The ethnic group makes up just 4% of nurses in the country.

"It's very unfair because as nurses, we signed up to take care of patients, but none of us signed up to die," said Zenei Cortez, a nurse and union activist.

Cortez was elected as president of the California Nurses Association in 2007. In 2019, she became the first Filipino American leader of a large union when she was named president of National Nurses United, the largest union of nurses in the country.

"It's heartbreaking. I still feel the pain because their deaths could have been prevented," said Cortez, recalling the early days of the pandemic when personal protective equipment was scarce and nurses staged demonstrations to demand more PPE.

As of Feb. 11, NNU reported that 23 of the 38 known registered nurse deaths in California were Filipino.

"Nobody was naming them," said Grace Regullano, a volunteer coordinator for Kanlungan.net, which translates to "shelter" in Tagalog, the official language of the Philippines along with English.

Regullano launched the website featuring a virtual tribute wall to honor Filipino health care workers around the world who died in the fight against COVID.

"We're hoping that it's a shared shelter for those who are sheltering us from COVID-19 via their sacrifices in health care. We want to provide shelter for their names and for their loved ones," she said.

Names fill the tribute wall -- including Garry Nagrampa, listed as a nurse with the Veterans Health Administration in San Francisco, and Dulce Aquilo, a San Jose nurse to dementia patients.

The Los Angeles Times reported as much as a fifth of all registered nurses in the state of California are Filipino.

"I don't think it has really been recognized just because I don't think [people] truly understand how much of the nursing workforce are Filipino nurses," said Ritchel Tan Gazo, a pediatric home health nurse based in the East Bay.

Tan Gazo immigrated from the Philippines when she was a child and said caring for children was always her passion.

"If it were my mom, I wouldn't want somebody just to come and just do their work and get their things done and just leave. I would want them to really care," Tan Gazo said.

She described caring for others as a part of the Filipino culture, where multigenerational households are the norm.

Cortez, who immigrated from Manila and comes from a family of nurses, said developing a "nurturing culture" is important in most Filipino households.

"I think it's beautiful," she said.

That culture is heavily influenced by a complicated history with the U.S. and other colonial powers.

The U.S. occupied the island nation, declaring rule in 1898 following the Spanish-American war.

Soon after becoming a colony, America implemented nursing programs in the Philippines and exams were taught in English, according to Catherine Ceniza Choy, a U.C. Berkeley professor.

The Philippines was named an autonomous commonwealth in 1935 and became independent of the U.S. in 1946.

The establishment of the Exchange Visitor Program in 1948 allowed foreign professionals to come to the U.S. for two years to experience American democracy. That along with the Immigration and Nationality Act of 1965 are credited in creating the pipelines that brought a wave of Filipino health care workers to America.

"Every year, thousands of nurses in the Philippines graduate. Many of them are then recruited to come here to the U.S. or across the Middle East, Europe and Australia," Valderama-Wallace said.

She drew a direct line between the disproportionate impact of COVID-19 on Filipino nurses and what she calls "harmful colonial relationships economically, socially and politically."

Valderama-Wallace pointed to the Philippines' labor export policies making international headlines in February when it was reported the government offered nurses in exchange for doses of the COVID-19 vaccine from Britain and Germany.

The Reuters report also noted to the millions of Filipino workers overseas that provide more than $30 billion annually in remittances, which is a big sector of the Philippines economy.

As Cortez thinks of all that was lost in the last year, she said she is hopeful for what's to come.

"Our Filipino American nurses are now speaking out and speaking up and starting to advocate for themselves," she said.

Tan Gazo said she finds strength by embracing her culture in the form of creative expression. She leads the Parangal Dance Company, a traditional Filipino folk dance group.

The group has continued to meet virtually over Zoom during the pandemic but occasionally meets for recorded performances.

"I continue to keep with my culture, and that's what keeps me grounded and keeps me balanced to do what I have to do," Tan Gazo said.

To honor the sacrifices made in the last year, Valderama-Wallaces has called for a national day of mourning to memorialize the lives lost.