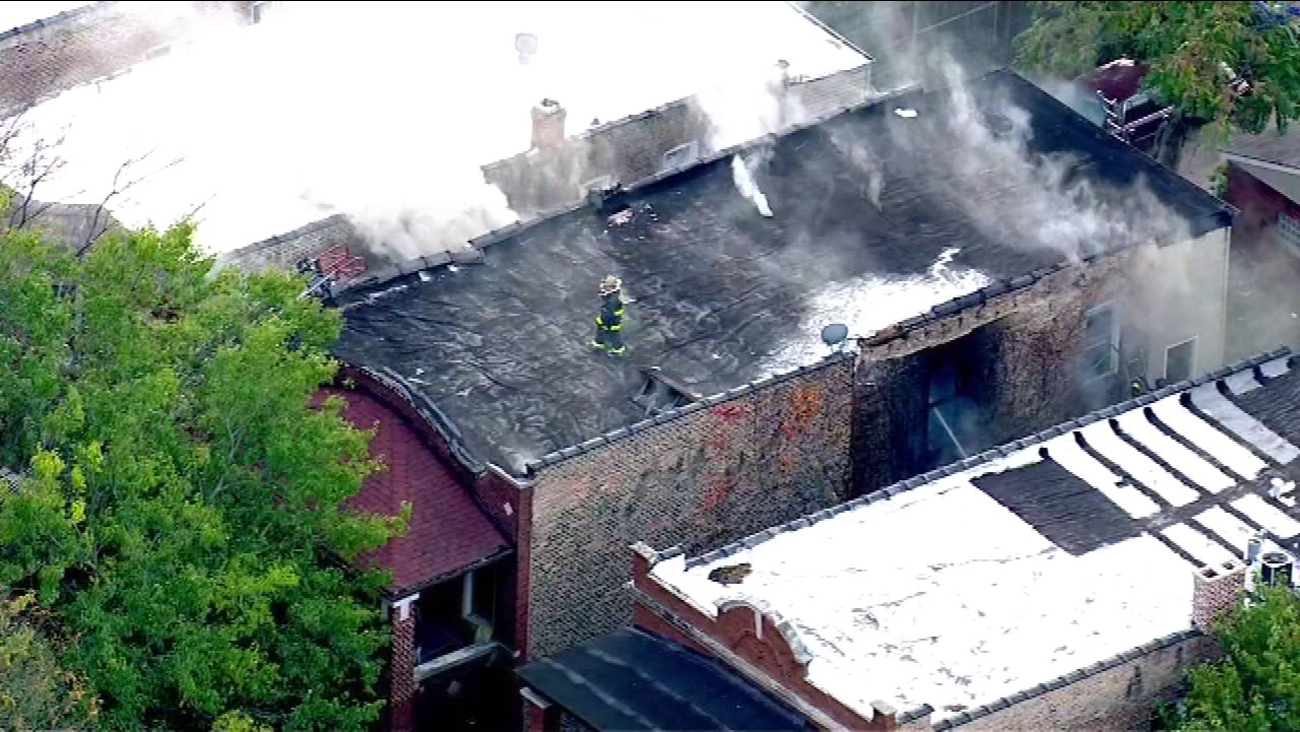 CHICAGO (WLS) -- Chicago firefighters responded to a blaze at an apartment building in the city's South Austin neighborhood Friday afternoon.

The fire in the 150-block of North Lamon Avenue emitted thick clouds of white smoke. Fire officials said the blaze was struck out around 4:15 p.m.

Firefighters have not released any information on the cause of the blaze. No civilian injuries have been reported, but officials said one firefighter was sent to a local hospital with non-life threatening injuries.