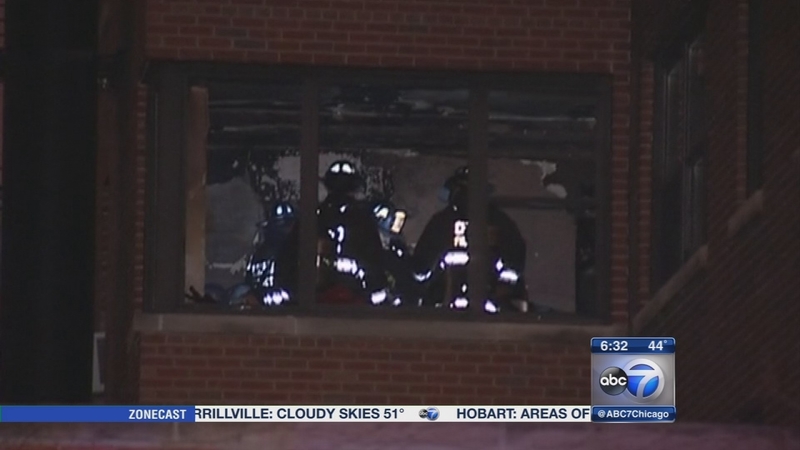 CHICAGO (WLS) -- Residents of a high-rise building in Chicago's Edgewater Beach neighborhood were evacuated early Monday after fire broke out on the third floor.

Firefighters responded to the 12-story Shore Manor building in the 5800-block of North Sheridan Road around 3:15 a.m. Monday. Fire officials said there was heavy smoke on the third and fourth floors and in the stairwells.

"It seemed pretty fine, just a normal night. We started to go downstairs and we saw smoke. I told my girlfriend we had to take a different route. So we just went all the way to the back and we were able to get out," said Christian Del Rio, who lives in the building.

The building's occupants were evacuated. Two people were treated on the scene for smoke inhalation. A cat did not make it out alive. One person is displaced.

The blaze was struck by around 4 a.m. Monday. The cause of the fire is under investigation.