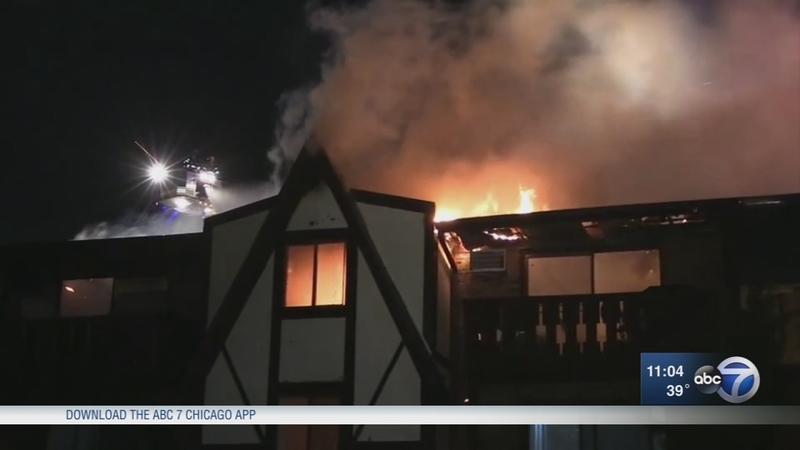 A sea of red lights flooded the 6700-block of South Park Lane at about 1:30 a.m. Crews from neighboring suburbs responded to help as the flames tore through the building.

Many people were asleep when the fire started, roused out of bed by the smell of smoke. Their apartments are now destroyed. Fire officials say it started underneath a balcony.

Resident Nicholett Jones took cell phone video from her second floor unit of the fire starting in what she believes is an outdoor light mounted on the building.

"It's like a globe light and it didn't have a cover or anything," Jones said. "The flame was so bad that you can feel the fire from the windows and everything like that."

The fire spread quickly as residents started pulling the fire alarm to get people out.

"Fire got into the roof and the wind didn't help us at all this morning," said Westmont Fire Chief Dave Weiss. "The wind fed this fire and it was a hard fire to fight."

Cansella Bell, who was just diagnosed with cancer, lost everything. She got out safely with her grandchildren, who were staying the night.

"Everything is destroyed. I'm gonna just have to start all over again," Bell said.

Meanwhile, the DuPage County Task Force is helping to find the exact cause of the fire.