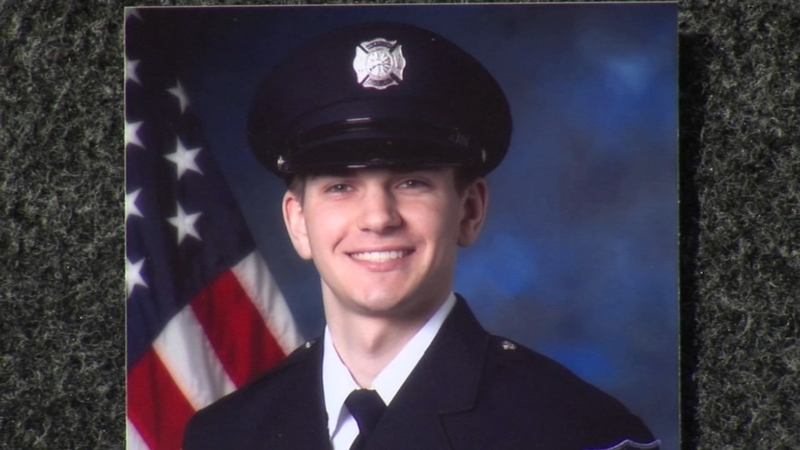 Dylan Cunningham of Thornton was participating in a dive training exercise in Kankakee Wednesday afternoon, village officials said. The incident took place at Haigh Quarry, according to the Cook County medical examiner.

Officials said a 911 call came in around 9:30 p.m. Wednesday, alerting Kankakee County dispatchers that Cunningham was critically distressed. Bourbonnais Fire Department responded, stepping in as others tried to offer aid.

Haigh Quarry has not commented on the tragedy, but said police and fire agencies use the water to train.

He said Cunningham had been full-time with the department since February 2018 but served part-time beginning in 2011.

Cunningham was also a member of the National Guard since 2012.

Wynsma described him as "a very special young man."
Wynsma said the cause of the incident is under investigation but did not provide any additional details about the circumstances surrounding the man's death.

"We know you have many questions, and so do we," Wynsma said. "We ask that you keep Dylan's family and his loved ones in your thoughts and prayers."

Cunningham was engaged and expecting his first child. He also served in the Illinois National Guard.

His family has asked for privacy while they grieve.