From flight changes to cancelations, what rights to travelers have this holiday season 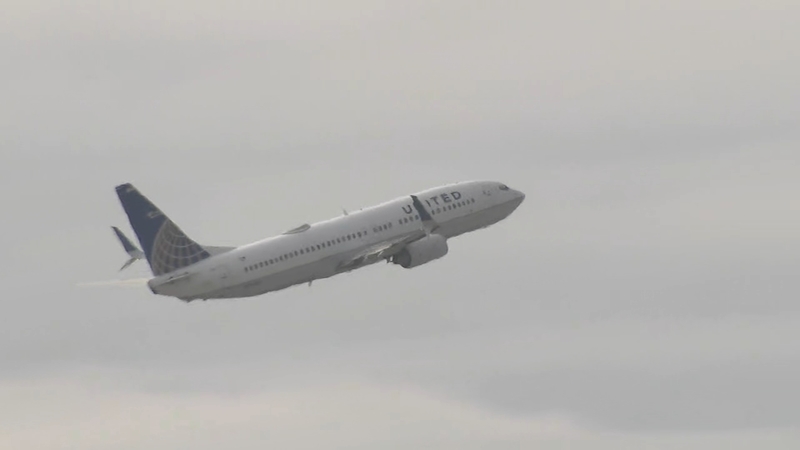 What are your holiday flight rights if plans change?

CHICAGO (WLS) -- COVID pandemic changes can complicated holiday travel plans in an instant. You may want or need to change plans due to safety concerns, or you may be upset over a schedule change made by airlines. What rights to holiday travelers have?

"They just yanked it away from us in the last minute," Richard Goldman said. He was looking forward to leaving northwest suburban Algonquin for the holidays. "The booking cost 84,000 miles."

Goldman booked a flight to the Philippines, with his wife and their 1-year-old son; hoping he could meet his grandparents for the first time.

"We've been looking forward for three years because my wife is an immigrant, she came here three years ago, and we haven't been back since she got pregnant the first year," he said. "We had our baby in March 2020."

But just before Thanksgiving, he said United Airlines canceled their December flight and wouldn't let him and his wife rebook another flight with miles until March.

"They said all they have are revenue tickets, they don't have points tickets anymore. So they have the seat. They just won't give it to me for points," said Goldman.

Goldman wrote a letter to the CEO of United, pleading to rebook him on another flight with miles.

"That means a lot of schedule changes. If you've booked a flight over the last few months, you've probably noticed that your flight has been changed by a few minutes, a few hours or downright canceled, it happens all the time," said Willis Orlando of Scott's Cheap Flights.

According to Orlando, if you used miles or points the airline has to return the miles if there is a significant change or cancelation. If you paid for a flight, and the airline cancels, makes a schedule change or adds a stop, you should also be entitled to a full refund.

"What you have to know is that according to U.S. law, if your flight is significantly changed or canceled, that could mean a delay of four hours, a delay of 12 hours, adding a stop to a nonstop flight or flight cancellations, you are owed a full refund from the airline," Orlando said.

In that situation, Orlando said you may also be able to pick a different day, time frame or destination without paying a dime.

"Every airlines policy is a little bit different," he added.

But what if you get COVID-19 or if you have second thoughts about travel due to the omicron variant, and you pull the plug on your holiday trip?

"If you voluntarily cancel your flight, and there's not been a change to your itinerary, the airline does not owe you your money back; they will give you a voucher," said Orlando.

You can rebook a flight with that voucher without a change fee, as most airlines are now waiving them. But you may have to pay a difference in fares.

"They just wouldn't help at all," said Goldman, who still wants to go on his trip.

And now he will. He said hours after the I-Team reached out to United Airlines, a representative called him, saying they could help him rebook, using miles like before.

"Sure enough, they booked us a ticket for December 10. We can now celebrate Christmas with our family in the Philippines. We are very happy, grateful and excited," he said.