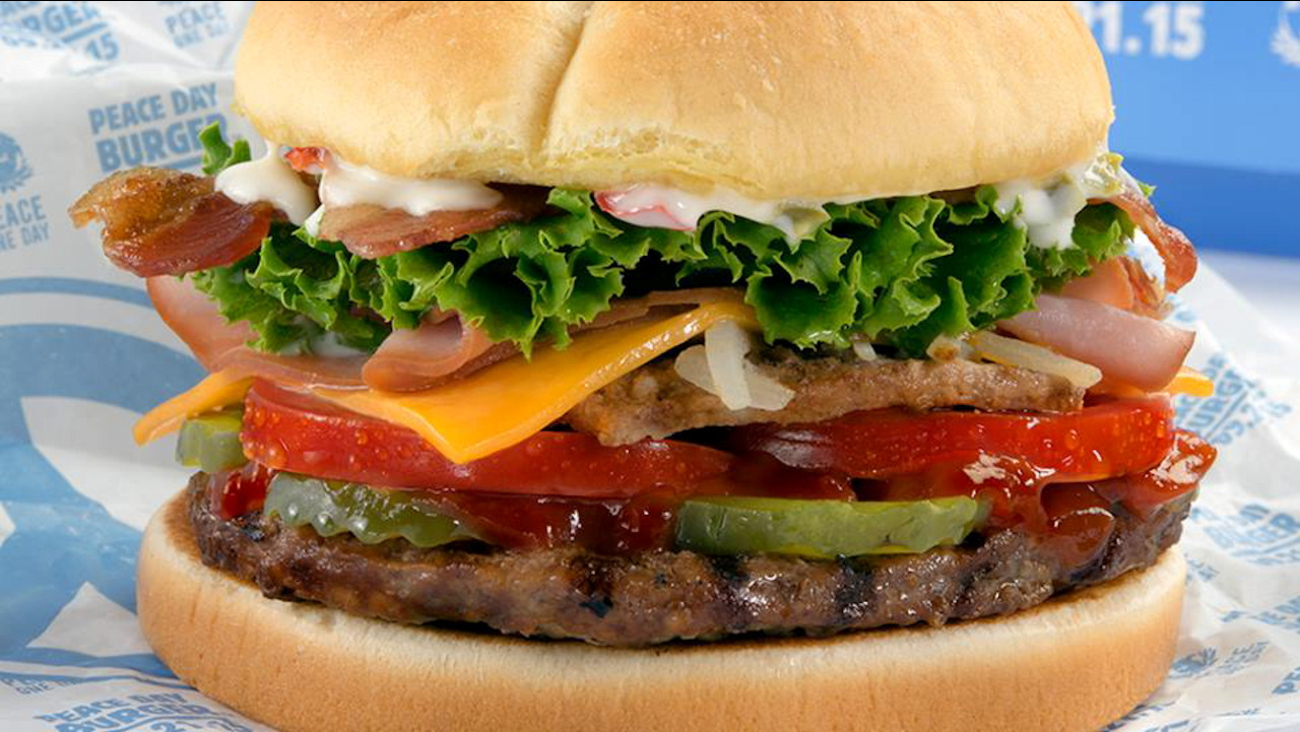 What's the Peace Day Burger? It's a massive menu mash-up combining ingredients from five different restaurants into one ultimate sandwich. On Monday, the International Day of Peace, an Atlanta pop-up shop will be giving away 1,500 of them in the name of world peace. 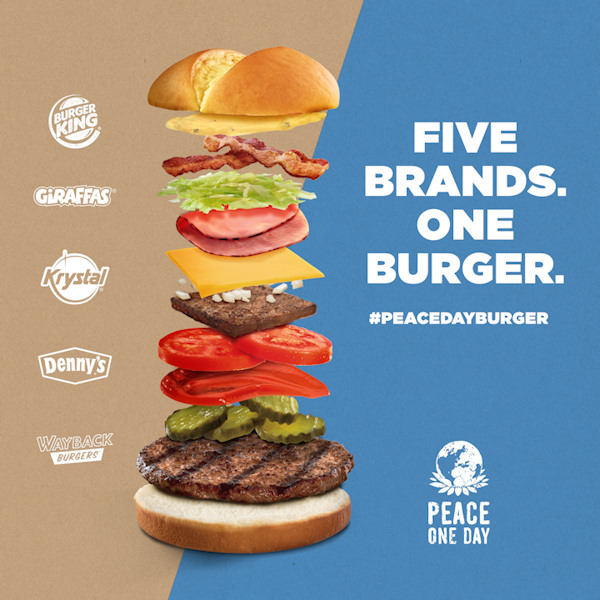 The five burger brands teaming up for the Peace Day Burger released this image breaking down its many ingredients.

The story of the culinary collaboration began last month when Burger King "proposed" to McDonald's that the two put aside their differences for one day in honor of the International Day of Peace, a United Nations tradition which promotes peace. But the "McWhopper" was not meant to be, as McDonald's didn't agree to the mash-up.

"Perhaps you'll join us in a meaningful global effort?" McDonald's wrote in its response. "Let's acknowledge that between us there is simply a friendly business competition and certainly not the unequaled circumstances of the real pain and suffering of war."

The burger dream didn't die with that rejection. Denny's, Wayback, Krystal and Giraffas all wrote to Burger King asking to be a part of the collaboration, and the Peace Day Burger was born. The massive combination, only available at the pop-up shop, will include ingredients from Denny's Bacon Slamburger, Wayback's Wayback Classic, Krystal's Cheese Krystal, Giraffas' Brutus and Burger King's Whopper, Advertising Age reports.

If you thought McDonald's had a point though, with its call for a "meaningful global effort," Burger King agrees. The two burger chains -- along with giant names including Facebook, Twitter, Google, Mastercard and DreamWorks Animation -- teamed up for a different promotion. They're using their influence to bring attention to the International Day of Peace, specifically to the cause of feeding refugees.

The brands are donating ad time and social media space to ask for donations to the World Food Programme.

"War rages around the world, resulting in more refugees than anytime since World War II," says Liam Neeson, who narrates the spot. "More than half of them are children. They are innocent. They are hungry."

The WFP says 100 percent of donations will go towards the emergency response fund, which is currently helping those affected by conflict in Syria, Iraq and more.