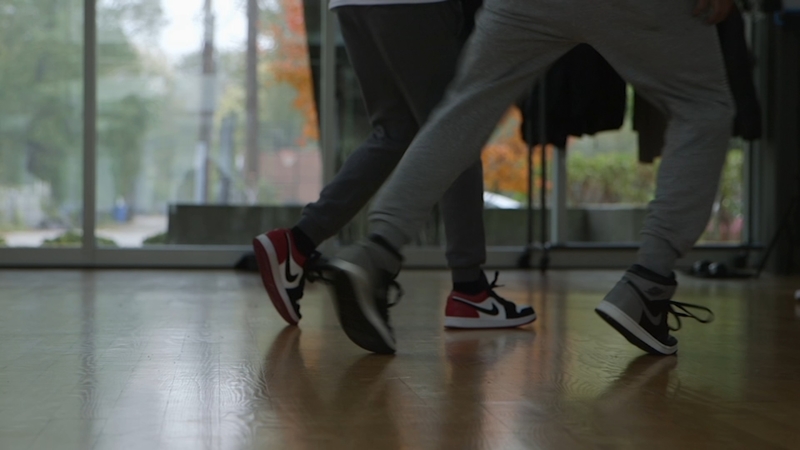 CHICAGO (WLS) -- Footwork is a fast-paced style of dance and electronic music that emerged from Chicago's West Side in the 1990s. Today, footwork is a global phenomenon.

"We changed up the style of music to fit us as dancers," said DJ Spinn, who helped create the style alongside the late DJ Rashad, who died in 2014.

One local dance crew, The Era, is trying to take it to a new stage.

"As the footwork music exploded and went around the world, groups like us went with the DJs," said co-founder Jamal 'Litebulb' Oliver. "So we was able to perform in different areas, different cities."

Oliver started footworking as a child, always practicing to secure for a spot in the Bud Billiken parade.

The Era set itself apart from other dance crews, or battle crews, by investing in the idea that footwork saves lives.

Over the summers, the crew teaches footwork to Chicago youth. They also established a nonprofit to secure funding for arts programming, and bring footwork into more of a formal performance space.

The Era expects their next show to be the largest stage performance of footwork so far.

To help strengthen the show, which will tell a narrative of the history of footwork in Chicago, Oliver recruited to female dancers.

"Your shape, your size. Nothing matters. If you want to footwork, do it," said Elisha "E lee lee" Chandler, one of the new recruits.

"For me, it's important being a female footworker because I know there's girls out there that want to do it that may be intimidated."

Dancer and filmmaker Brandon "Chief Manny" Calhoun said the show is going to be the equivalent of an artist's debut album following up on mixtapes.

"This is all the tools that we've been learning and sharpening up that we're putting together and displaying for the city," Calhoun said.