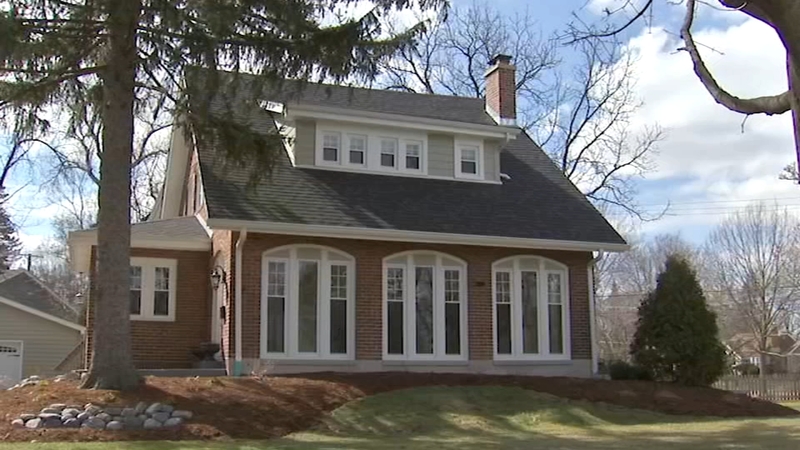 GLEN ELLYN, Ill. (WLS) -- Buying a foreclosed home can be a great real estate deal, but the I-Team found you could be at risk of losing that home if there are mistakes in court documents.

It's known as "unwinding": when a foreclosure is essentially being reversed because of a problem in documents.

Unwinding is based on laws designed to protect homeowners under foreclosure, but what if you bought that foreclosed home? Could you lose it?

Maria Post was in complete disbelief when she was served with court papers informing her that she could lose her home in Glen Ellyn.

"It was just scary. My first thought is, are we going to get kicked out of our house and lose it?" she said.

Post and her family purchased a foreclosure home, but five years later the previous homeowner and their attorney were trying to "unwind" the foreclosure, saying it was invalid because the foreclosure summons didn't properly list every person on the title of the home or on the loan.

"Technically every single defendant, even if there's 100 of them, needs to be listed in this small caption up here. What a lot of firms were doing in the foreclosure process was rather than try and squeeze all of those names here, attaching a page to the end of the summons that listed all the named defendants," said Nathan Grzegorek, Plunkett Cooney Attorneys & Counselors at Law.

Grzegorek defended Post. He and other attorneys who represent new homeowners like her say in recent years they've defended dozens of unwind cases like these. The former homeowners may end up with a settlement from the bank.

"The goal of that proceeding is not necessarily to get the property back but to obtain a cash payment from either the current homeowner or the lender that previously foreclosed on the property," he said.

Most of that "unwinding," attorneys said, is currently happening on foreclosures which occurred years ago.

"We're not sure if somebody is combing through the court files to find these or if it's a network of contacts that if somebody was foreclosed, they inquire further and it's a word of mouth type of situation," Grzegorek said.

Luckily for most of the new homeowners like Post, attorney fees are covered under title insurance.
Now a State Senate Bill, awaiting the governor's signature, would stop most unwinding by not allowing many of those errors, to be grounds to unwind.

However there are more than 250 opponents of the bill, including advocates for struggling homeowners.

Jason Knowles: "So you're saying that this new law can make it easier for the bank to foreclose on people?"
Daniel Khwaja, Association of Foreclosure Defense Attorneys: "Absolutely. And it's for the simple reason that they no longer need to provide a perfect summons."

Other critics blame the banks for the current unwinding issue.

"It occurred because there was a massive foreclosure crisis and the banks got sloppy. The standard for what needs to be in a summons is that all defendants need to be named," said Matt Hulstein, Chicago Volunteer Legal Services.

Lawyers at Chicago Volunteer Legal services say unwinding has mostly occurred in DuPage County where the summons documents were allowing one foreclosed defendant on the first page, instead of listing all parties on the first page as required. That form was recently changed.

This is really the bank's fault and title insurance company's fault for not being clear about naming the defendants in the summons in those earlier cases that allowed this practice to even come up. They should have gotten it right in the first place," Hulstein said.

Post's unwind case was eventually dismissed but she doesn't want other families worry about losing their dream home.

"It was scary and we're really happy that we're still here. That uncertainty and hanging in the balance was disconcerting," Post said.

If you get a notice in the mail saying someone is trying to reclaim your home, you should call your title insurance company immediately.

The current laws which can unwind a foreclosure may be putting those new homeowners under emotional stress, but housing advocates say the laws are in the best interest of other homeowners, who could face an unfair foreclosure.
Report a correction or typo
Related topics:
real estateglen ellynforeclosuresi teamconsumer
Copyright © 2022 WLS-TV. All Rights Reserved.
I-TEAM
IN man pleads guilty to being in US Capitol during Jan 6 insurrection
Could remains in shrinking Lake Mead be tied to Chicago mob?
I-Team: Postal Protection
ISP combating expressway shootings with new technology, tactics
TOP STORIES
9 shot, 2 fatally, on Near North Side
Chicago mass shooting victim ID'd as father of 2, with twins on way
Officer relieved of powers after teen carjacking suspect shot: CPD
United cancels couple's flight, charges $4K more for same seats
Doja Cat drops out of Lollapalooza due to throat trouble
Wild shootout at 7-Eleven store caught on video
South Side high school fight leaves multiple teens injured
Show More
Illinois undercounted by nearly 2% in 2020 Census, bureau admits
IN man pleads guilty to being in US Capitol during Jan 6 insurrection
Lakeview Food Pantry renamed Nourishing Hope amid expansion
Safety top of mind as many prepare for boating season
Chicago Weather: Thunderstorms possible
More TOP STORIES News