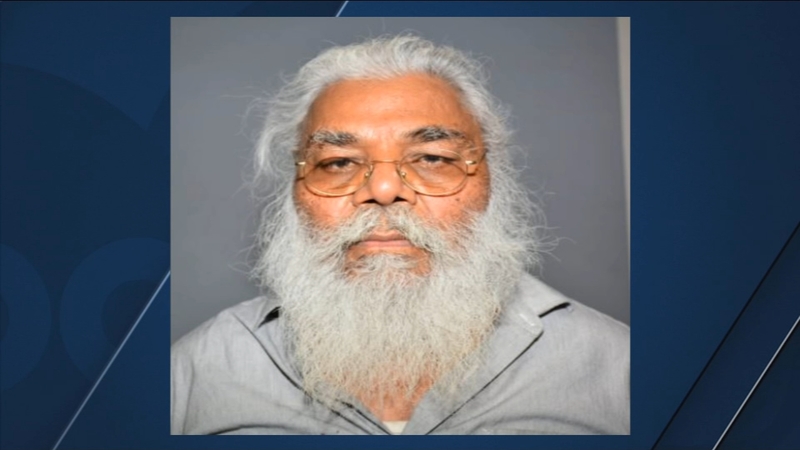 Crowded house may have prompted shooting deaths of husband and wife, police say

FRESNO, Calif. -- The suspect in the murders has been identified as Darshan Dhanjan. Police Chief Jerry Dyer says he killed his victims suddenly and without warning.

"This individual walked up and without any provocation or any type of an argument or any type of a struggle pointed the gun at the back of the head of the female, fired a round, then turned the gun on the second victim and shot him in the head as well," said Fresno Police Chief Jerry Dyer.

Dyer says surveillance video inside the home showed each victim was shot within a split second of each other. As to the motive for the killings.

"What we have been able to surmise at this point is that there was a feud, an ongoing argument inside of the home, and part of that may have been the victims who were shot and killed yesterday had overstayed their welcome at the house," said Dyer.

The home is owned by the suspect's son, Danny Dhanjan, he lived there with his wife Jardeep, their 4-year-old daughter and his father and mother.

The victims were his wife's father and mother and they had been living there for about six months.

RELATED: Man taken into custody suspected of killing daughter-in-law's parents in their home

The dead couple had just received their green cards, allowing them permanent residency last Friday, and according to what the suspect told police, were not willing to leave.

"The suspect, in this case, got upset over the fact the other couple was living there for an extended period of time and felt they needed to leave," said Dyer.

The suspect is alleged to have threatened his daughter-in-law with the gun. But she fled upstairs with her child and called the police.

The suspect also phoned his wife, told her what happened, and she called 911. He was pulled over a few miles away and taken into custody without incident.

Chief Dyer says he learned the suspect had been making threats toward the other family members, and the family had a meeting and decided they were not credible.
But unfortunately, they were.