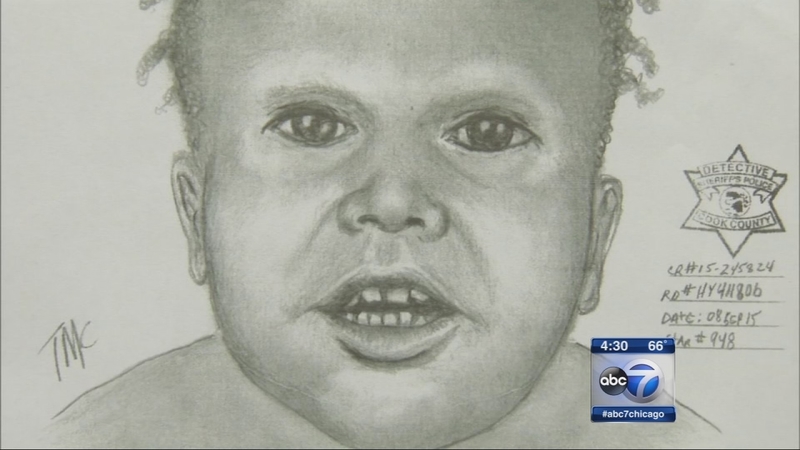 CHICAGO (WLS) -- Chicago police released a sketch of the toddler whose body parts were found in the Garfield Park lagoon on the city's West Side.

"At this point, we've got a lot going on, but we don't know what happened," Chicago Police Supt. Garry McCarthy said Thursday morning. "A simple fact: a helpless child should never end up in that condition."

A forensic artist created the composite sketch from the child's head, which was found along with his or her feet and hands over the weekend. Officials are asking for help in identifying the child, whose gender is not known.

"We're going to need help from the public to make that happen," McCarthy said.

The Cook County medical examiner's office said the remains belonged to a mixed race child between 2 and 4 years old. The toddler had brown eyes and short, curly black hair. His or her ears were not pierced.

"We do know the dismemberment was post-mortem," Supt. McCarthy said. "We are working with the medical examiner to put the DNA into the system."

McCarthy said the hope is that maybe the child's DNA will lead to a familial link.

The water department is draining the lagoon to search for more remains as officers go door-to-door in the neighborhood. The draining process, which began Tuesday, could take up to five days, officials said.

"We're making good progress," Deputy Chief Steve Georgas said. However, as the water recedes crews are hitting sludge, which slows down the pumping process. The Marine Unit is working around the clock to search the receding water line, Georgas said, and cadaver dogs are also on the scene.

"It's a gruesome task, but it's something that needs to be done," McCarthy said.

Authorities said the child's body was likely in the lagoon for one to two weeks.

Anyone who knows anything about the case or knows of a missing toddler should call police at (312) 744-8261. Tips may be given anonymously.