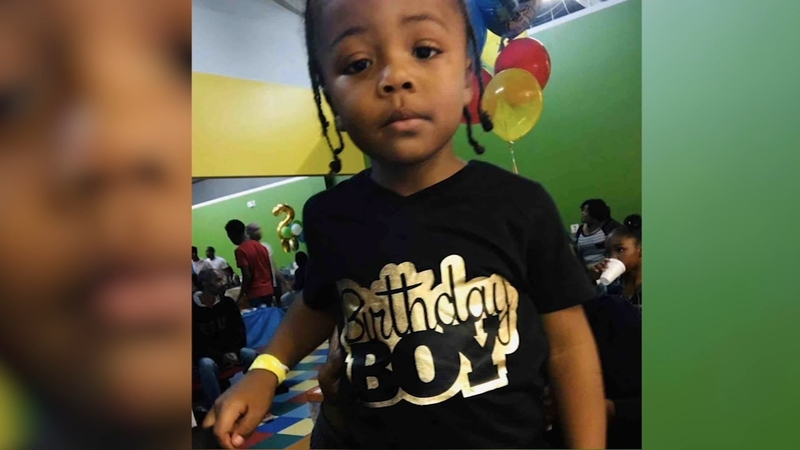 CHICAGO (WLS) -- Family and friends gathered Friday to say their final goodbyes to a four-year-old boy killed in Gary earlier this month.

The funeral for Tory'on Dukes, who was shot while inside a residence at the Oak Knoll Renaissance apartment complex in the 4300 block of West 23rd Avenue on December 16, was held at Sacred Memories Funeral Home on Chicago's South Side.

The boy and his mother, who is three-months pregnant, were both hit in a second floor bedroom. Gary police said someone outside fired shots.

Henrietta Baymon, Tory'on's great grandmother, said she will never forget the moment she received the call the toddler was hurt.

"I had no idea that someone had shot from outside and killed this baby in the bed," Baymon said.

The young boy, who had just learned how to write his own name, and his mother were transported to Methodist Hospital Northlake Campus in Gary, where the boy died.

The boy's mother is still recovering after bullets grazed her face and shattered her elbow.

Tory'on's family said he'll be remembered as a happy and loving toddler. They said he loved the cartoon PJ Masks and often dressed up like the small hero.

"I think he was something of a little angel, but he was very smart, and I will tell you what, he liked to play tricks on you," Baymon said.

Tory'on's three siblings are trying to figure out how to move on without him.

"'What am I going to do without my little brother?"' And then he comes to me and says 'who is going to open his presents for him?' And I started to cry and walked off," Baymon recalled.

The Gary Police Department are still searching for the person or people responsible for the shooting. No arrests have been made.

"Come forward and take responsibility for what you have done, that's what I think. Be a man," Baymon said.

Tory'on's family is asking anyone with information about the incident to call police.

"Put these people behind bars where they belong," Baymon said.