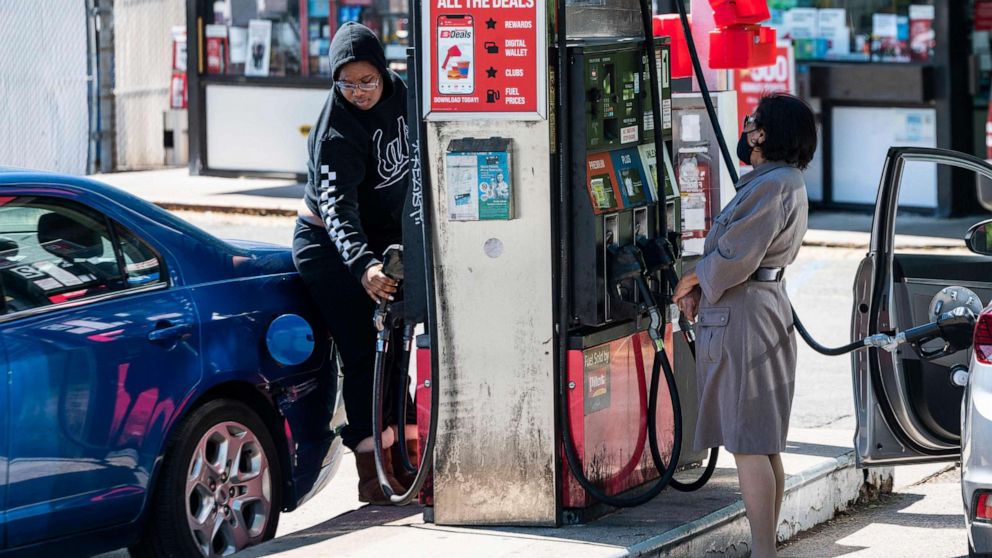 Taking to the road over Memorial Day weekend? Experts say gas prices will be around $3.00 per gallon - the highest since the 2014 holiday weekend, according to AAA.

Patrick De Haan, head of Petroleum Analysis at GasBuddy, said the effects of the Colonial Pipeline cyberattack and increased demand are to blame.

Travelers are expected to turn out in big numbers over the holiday weekend -- AAA predicted 37 million Americans will travel by air and road from Thursday to Sunday.

"I'd say what we're seeing now is just the market stabilizing, in terms of seeing pumps being refueled, but also remaining high because we know demand is going to be pretty significant," Jeanette McGee, director of AAA's external communications, told ABC News.

"For motorists around most of the country, there's not a whole lot to worry about, unless you're in the southeast where you still may have a bit of a headache when choosing to fill up," De Haan said.

For those traveling this weekend, McGee recommended filling up once you hit a quarter tank.

"Keep your eye on your fuel tank. When you hit that quarter or quarter of a tank left, make sure at that point a little light goes off in your head and you consider filling up," McGee said. "You don't want to get too far down the road and run out of gas. It's just not good for your car and it's not good for your wallet."

McGee also suggested lower prices might be found in town as opposed gas stations just off the highway.

Travelers may also want to begin their trips at off-peak times, McGee added, explaining that the heaviest traffic is expected on Thursday and Friday afternoons.

"So if you're heading out, we always recommend leaving early or late to avoid that rush hour," McGee said.

For the rest of the summer, McGee said drivers can expect that $3 national average to stick around. De Haan said he expects the national average will bounce around between $2.75 to $3.25 a gallon.