Will a gas tax holiday help amid surging fuel prices? Some drivers are skeptical CHICAGO (WLS) -- People are certainly feeling the pinch at the pump as gas prices in the city reach well over $6 a gallon.

While drivers are desperate for relief, some are skeptical about the proposed gas tax holiday.

Drivers are fed up, as all they can do is watch while the price at the pump just keeps surging.

It's not keeping people off the roads, but instead, just causing more frustration.

"This place could be empty but look I'm looking around, there are cars here," said Robert Calzada. "It's something."

The national average cost for a gallon is hovering around $5 and many in Chicago already pay much more than that.

"If it gets to seven bucks, man, we're gonna start protesting because enough is enough," said Elvis Brown.

That frustration is leading President Biden to call on Congress Wednesday to ask lawmakers to temporarily suspend the nation's tax on gas for three months. However, the move would come at the cost of $10 billion, which the nation uses for infrastructure.

RELATED: What is a gas tax holiday? How federal proposal affects prices at the pump
EMBED More News Videos

President Joe Biden is expected to call on Congress to suspend the gas tax for three months amid rising prices at the pump. Here's what that means.

"Not worth it to cut 10 billion," said Brown. "Where you gonna cut that out? Now you're gonna affect other people, so 18 cents a gallon is not worth it."

President Biden said the country's tax revenue is on the rise so he believes there's still money available to repair highways.

He's also calling on states to suspend their own gas tax.

In Illinois, that's about 39 cents per gallon, while drivers in Indiana are paying 32 cents a gallon. Both states issue a sales tax on top of that. 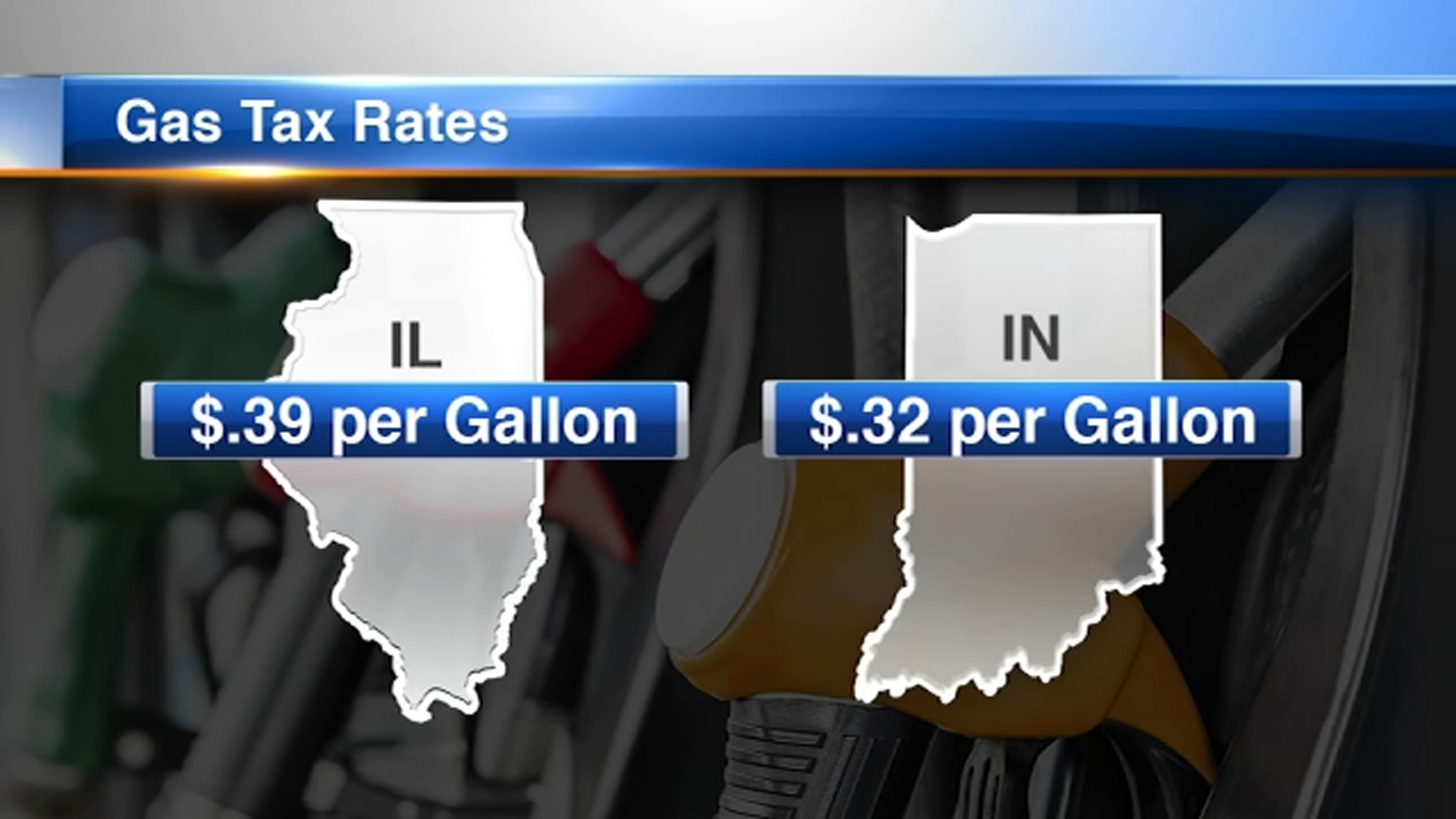 The Illinois gas tax is about 39 cents per gallon, while drivers in Indiana are paying 32 cents a gallon. Both states issue a sales tax on top of that.

Instead of a gas tax suspension, Indiana Governor Eric Holcomb is calling a special session, hoping to use the state's reserve to pay back $1 billion to taxpayers.

It's a welcome idea to some drivers as these prices are putting a wrench in summer travel plans.

"Because everywhere else is pretty much expensive," said Calzada. "To go to Vegas or some vacation getaway, it's gonna cost, so it's not the same like it used to be."

If Congress were to approve the tax holiday, drivers would save a rough total of $2 every time they filled their tanks.