8-year-old girl in choked unconscious in South Loop bathroom while mom in next stall, police say 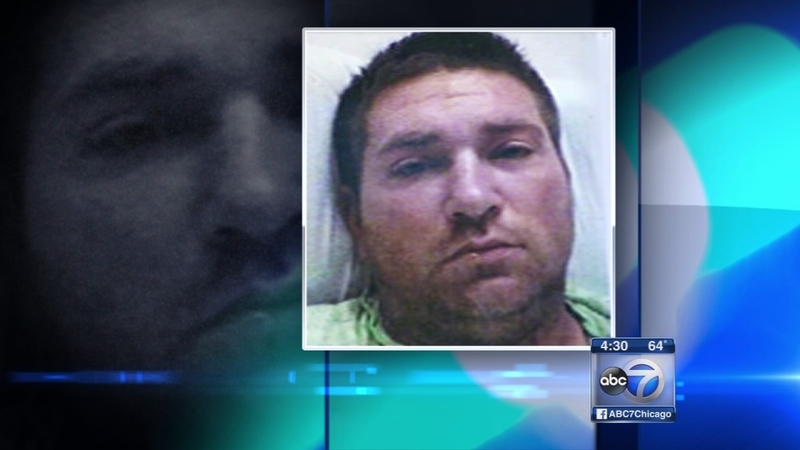 CHICAGO (WLS) -- A man is accused of choking an 8-year-old girl until she passed out in the bathroom of a restaurant in Chicago's South Loop.

The girl was with her mother at the Jason's Deli in the 1200-block of South Canal Street on Saturday, police said. The girl and her mother were inside the restroom separated by stalls around 1:15 p.m.

Police say 33-year-old Reese Hartstirn walked in and targeted the girl, choking her and trying to lock her in a stall. The mother heard her daughter scream and grabbed her.

Police said other people in the deli helped hold the man until officers arrived.

Jason's Deli released a statement Friday regarding the incident:

"We're blessed to have a wonderful relationship with the Chicago Police Department. Many of them are our customers and because of their connection to our deli, this unfortunate situation was handled very quickly. We're proud of how out team members responded and thankful that we have the kind of customers that are willing to lend a hand in a difficult situation. We continue to work hard every day to make every customer happy."

The girl was taken to Comer Children's Hospital, but police did not have information about her condition.

Hartstirn, of the 500-block of North Racine Avenue, was charged with aggravated kidnapping of a child, aggravated battery of a child and battery causing bodily harm.

Police said he was also charged with aggravated assault of a peace officer because he swung at an officer who booked him at the Central District station.

The Cook County Sheriff's Office said he was ordered held without bond at a hearing Monday. He is due back in court May 16.

"This is at a restaurant," said Crystal Anderson, Jason's Deli customer. "You want your kid to be able to go to a bathroom in a restaurant and feel safe and not be scared... and not worry about someone trying to abduct your kid."

"It saddens me," said customer Kimberly Brown. "I don't get why people do things like this. I really wish I could understand it, but I don't."

"You want to have the best world you can for your children," Anderson said. "And with people out here like that, you got to wonder what you can do to make it better."